Expectant mothers are apt to avoid certain foods and drinks during pregnancy that could prove harmful to an unborn child, but studies are finding that high levels of anxiety and depression can also have lasting effects outside the womb.

According to a cohort study in the July issue of the Annals of Allergy, Asthma and Immunology, prenatal stress is linked to a risk of childhood asthma. Of the mothers polled, approximately 70 percent who said they experienced high levels of anxiety and depression during pregnancy reported wheezing in their children before age 5.

The study polled 279 pregnant African American and Dominican women between the ages of 18 and 35 who are living in the Bronx and Northern Manhattan areas of New York City. 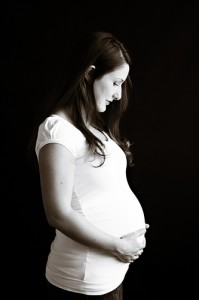 Babies born to mothers with high stress and anxiety levels could struggle with physical and emotional difficulties throughout life. (Photo: Flickr/molly_darling)

The goal of the study, said Medscape Medical News, which originally reported the story, was to examine the association of maternal demoralization, or psychological distress, with wheeze, specific wheeze phenotypes and seroatopy in children residing in a low-income, urban community.

And German researchers have found that pregnant women in high-stress situations can leave lasting emotional effects on their children, according to a Daily Mail article. The study found that a gene, called the glucocorticoid receptor, which is involved with the brain’s response to stress, was far less active in children whose mothers reported accounts of domestic abuse by their partner while pregnant.

Researchers said the changes in the gene  change the way people can respond and handle stress, and that past studies have shown children of abused parents are more prone depression later in life.