It turns out a positive body image is one of the most effective weight loss aids one can have, Psych Central reports.

Portuguese researchers conducted a yearlong weight loss program with overweight and obese women, and discovered that women who attended 30 weekly group sessions to help improve their body image lost more weight than those who didn’t. The women in the study who attended discussions regarding exercise, emotional eating and improving body image lost about 7 percent of their starting weight, whereas the control group lost on average 2 percent. 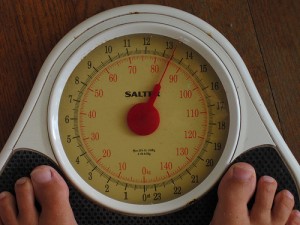 The women with improved body images were also more successful in controlling their diets on their own, weight loss, and positive food choices, researchers said. There was also a strong correlation between improvements in their body images, as well as less anxiety over other peoples’ opinions of their bodies, they said.