In its June issue, Counseling Today discussed the ramifications military deployment has on couples, and new research continues to emerge showing how a parent’s deployment affects children’s mental health, particularly that of teenage boys. 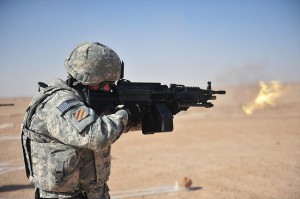 According to a study by researchers at the University of Washington School of Public Health, adolescents with a deployed parent are more likely to have suicidal thoughts than are children of civilians. The study also found that male adolescents, particularly those who are older, are more sensitive to the stress of having a parent fighting overseas.

A survey called the Washington State Healthy Youth Survey was filled out by more than 10,600 eighth, 10th and 12th grade students in the state, and was the basis for the research.

Among the study’s findings:

Thirty percent of 10th- and 12th-grade boys whose parent had deployed felt depressed compared with 20 percent of boys in civilian families.

Twenty-six percent of 10th- and 12th-grade boys with a deployed parent reported suicidal, whereas 14 percent of boys in civilian families reported having those notions.”

The study will be published in the American Journal of Public Heath.

A separate study in the Archives of Pediatrics & Adolescent Medicine produced similar findings. According to research, children with a parent deployed for lengthy periods in either the Iraq and Afghanistan conflicts have more mental health problems than other youths.

Among the youths examined, (all between the ages of 5 and 17), the study found the most common mental health disorders were stress, depression, behavior disorders, anxiety and sleep disorders.

Researchers said the longer a parent was away the more likely a child was to develop mental health problems. As with the University of Washington study, this study showed that older male adolescents were more susceptible to developing problems than was any other demographic.