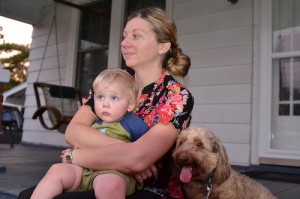 A newly published study focusing on the relationships between low-income mothers and their sons living in Pittsburgh found that while it is normal for the relationship between a mother and son to change over time, the way that relationship changes can affect the boy’s behavior later in life.

The Wayne State University-led study surveyed 265 mother-and-son pairs over the course of 10 years, beginning when the boys were 5 and ending at age 15. According to a Wayne State news release, the researchers looked at the neighborhood the families were living in, the mother’s relationship with her partner, the quality of parenting provided by the mother and the child’s temperament, the level of conflict and warmth between mothers and sons, and the boys’ delinquent behavior, relationships with best friends and sense of morality during adolescence.