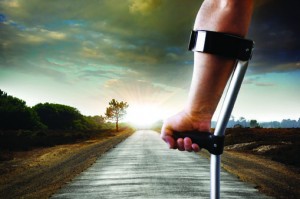 Traditionally, rehabilitation counselors provide direct services to people with disabilities who need assistance with adjustment to disability, retaining their jobs or finding suitable alternative employment that is consistent with their physical capabilities. This is clearly an advocacy role in which the rehabilitation counselor seeks to assist the individual, known as the client, to achieve his or her goals.

Increasingly, however, the skills and expertise of rehabilitation counselors are in demand in another capacity: forensic and indirect services. In a forensic role, a rehabilitation counselor reviews records, forms an objective opinion regarding a person’s employability and submits a report to a third party, whether a court, a judge in a workers’ compensation proceeding or an attorney representing the worker or the payer. There may be instances in which a rehabilitation counselor acting in a forensic capacity meets with the individual to conduct tests or interviews; however, no direct services are provided to the person. For this reason, in my view, there is no traditional “client” in forensics. Instead, the person is referred to as an evaluee.

The Commission on Rehabilitation Counselor Certification (CRCC) defines clients as “individuals with or directly affected by a disability, functional limitation(s) or medical conditions and who receive services from rehabilitation counselors. In some settings, clients may be referred to by other terms such as, but not limited to, consumers and service recipients.” The CRCC Code of Professional Ethics for Rehabilitation Counselors defines evaluees as “subjects of objective and unbiased evaluations,” such as those conducted in forensics.

The distinction made between client and evaluee is more than just semantics. Rather, these definitions must be addressed within the context of ethical practice. To that end, in its revised ethics code adopted in January 2010, CRCC expanded a section covering forensic and indirect services.

Section F: Forensic and Indirect Services outlines the rights of evaluees and defines the role of the rehabilitation counselor. It states, “Rehabilitation counselors produce unbiased, objective opinions and findings that can be substantiated by information and methodologies appropriate to the evaluation, which may include examination of individuals, research and/or review of records.”

Among the requirements included in Section F is informed consent, which outlines the boundaries of the relationship between the evaluee and the rehabilitation counselor acting in a forensic capacity. Evaluees must be informed (preferably in writing) that a report based on the evaluation may be provided to third parties such as attorneys, the court and/or the insurance company. The CRCC Code states, “Written consent for evaluations are obtained from those being evaluated or the individuals’ legal representatives/guardians unless: 1) there is a clinical or cultural reason that this is not possible; 2) a court or legal jurisdiction orders evaluations to be conducted without the written consent of individuals being evaluated; and/or 3) deceased evaluees are the subject of evaluations.”

On the basis of complaints brought before the CRCC Ethics Committee, a lack of informed consent can result in misunderstandings on the part of the evaluee. A common complaint in cases brought against Certified Rehabilitation Counselors (CRCs) is that the evaluee thought the rehabilitation counselor was providing direct services, not forensic services. Through written consent, such misunderstandings should be greatly reduced.

Given the increase in the number of CRCs involved in forensic and indirect services, CRCC believed it was essential to expand the section of its ethics code addressing this area. This trend reflects, in part, the demographics of an aging workforce, with more people remaining in their jobs until and even beyond retirement age. As these individuals become injured or acquire a disability, they need rehabilitation counseling services, which can result in a portion of these cases being adjudicated and thus requiring forensic evaluation. On the basis of their specific training and education related to rehabilitation and disabilities, rehabilitation counselors are among the most qualified professionals to address issues such as work-related or function-related abilities.

Against this backdrop, it is understandably appealing for experienced rehabilitation counselors to find new venues in which to apply their expertise. Given the scope of their experience and years of practice, these individuals most likely qualify as experts for forensic work. In short, for CRCs who have matured in the field, it is a natural next step to pursue other opportunities, including forensics.

Although they apply mainly to CRCs, the CRCC Code and Section F on forensic and indirect services are enlightening for all rehabilitation professionals and for counselors in general who are involved in forensic and indirect services. It should be noted that the CRCC Code is partly based on the ACA Code of Ethics. CRCC acknowledges both the American Counseling Association and the International Association of Rehabilitation Professionals for their permission to adopt parts of their ethics codes.

Counselors from other practices who review the CRCC Code will find that it complements the ACA Code of Ethics. Although nuances and differences exist, such as the CRCC’s focus on disability- and rehabilitation-related issues, there are far more similarities and congruencies between the codes.

As the trend toward increased forensic and indirect services continues, standards must be set to guide these practices and protect the public. Through the expanded language of the CRCC Code of Professional Ethics, with the important distinctions drawn between clients and evaluees, rehabilitation counselors will find the assurance they need to practice in accordance with high ethical and business practices. This will allow CRCs to distinguish themselves professionally while protecting the rights of evaluees and other involved parties.

Patricia Nunez is a former commissioner with CRCC, a past CRCC chair and immediate past chair of the CRCC Ethics Committee. She is also the American Rehabilitation Counseling Association’s representative to the ACA Governing Council.