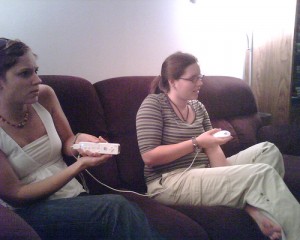 Parents have been warned to steer their children away from violent video games for fear of violent behavior, but new research suggests that it might actually be the highly competitive nature of these games that leads to aggression.

Researchers studied college students while they played four different video games in two separate experiments, some of them being extremely violent and not competitive and some of them being highly competitive. The students’ heart rates were also monitored. Afterwards, according to an American Psychological Association release, the students participated in what they believed to be a separate food study, where they “had to make up a cup of hot sauce for a ‘taster’ who they were told did not particularly like hot or spicy food. The participants could choose from one of four different hot sauces (from least hot to most hot) for the taster to drink.”

Through their experiments researchers found that, regardless of how much violence was in the video games, it was the video games with extreme competitiveness that led to aggression in the  subjects: