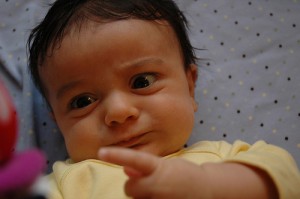 It is typically thought that bullying behavior in children does not arise until they are older. However, researchers from Cardiff University in Wales found that some of these aggressive tendencies can be seen in children as young as 1 year old as they are developing their motor skills. And, the Association for Psychological Science reports, the source of these violent habits at such a young age might stem from the baby’s mother.

The study, which was published in Psychological Science, studied babies whose mothers had risk factors for violence in children, such as being clinically depressed during their pregnancy, smoking or having a history of conduct problems. The babies were put in a play atmosphere filled with toys and books, a situation where there was the option for them to turn aggressive on the other infants. As the researchers surveyed the infants, bullying tendencies were dramatically apparent among some of the children within 20 minutes.

The researchers found that babies who were most likely to show bullying tendencies had mothers who were depressed during pregnancy or had a history of conduct problems. 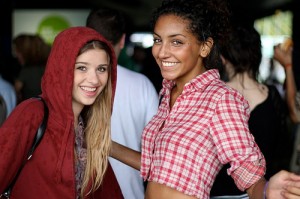 A four-year study by Columbia University’s TeenScreen National Center for Mental Health Checkups highlighted the importance of routine mental health screenings in high schools, as many at-risk youths have yet to be properly identified.

The study found that of the students who were identified as at-risk for a mental health problem, three out of four were not in treatment at time of the screening. But after the screening, “76.3 percent completed at least one visit with a mental health provider within 90 days of screening. More than half, 56.3 percent, received minimally adequate treatment, defined as having three or more visits with a provider, or any number of visits if termination was agreed to by the provider.”

The study was conducted between 2005 and 2009 and encompassed nearly 2,500 high school students from six schools in suburban Wisconsin, according to a TeenScreen press release. The students were screened using a computerized questionnaire called the Diagnostic Predictive Scales-8 and received a one-on-one debriefing afterward. Those who tested “positive” had a second interview with a clinician who then referred the student to services for his or her mental health problem.

Because 50 percent of all lifetime mental health disorders begin to develop around age 14, the center says, it is important to begin screening early and often. 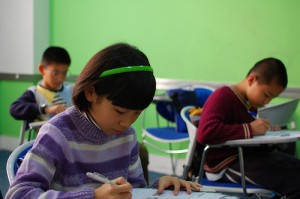 As another school year gets underway, University of Chicago researchers found that altering the way students handle stress could mean better math grades.

The study, which was recently published in the journal Emotion, tested 73 undergraduates to further probe the topic of performance failure in math. For the first time, according to a University of Chicago press release, a link was found between working memory, math anxiety and salivary cortisol, a hormone that is released in response to stress.

The way some students handle the cortisol released during math tests, the study discovered, can affect whether or not he or she will receive a good grade.

The study found that students with low-working memories did not show much difference in their performance related to either cortisol production or math anxiety. This is because these students exert less mental effort to begin with, researchers said, so a stressful test did not hinder their performance.

The real difference came with students who had high-working memories. These students, who usually do well in school, either reacted negatively or positively to the produced cortisol from the stressful math test.

Students who were confident in their math abilities were able to effectively use their increased cortisol as a boost of sorts to do well in the test. For the students who had math anxiety, however, the added cortisol in their systems led them to do poorly on the test.

Researcher Sian Beilock said the results of the study show that a simple change in perspective could make all the difference in math anxiety and test performance for some students.

“Under stress, we have a variety of bodily reactions; how we interpret these reactions predicts whether we will choke or thrive under pressure,” Beilock said. “If a student interprets their physiological response as a sign they are about to fail, they will. And, when taking a math test, students anxious about math are likely to do this. But the same physiological response can also be linked to success if a student’s outlook is positive.”

UT Southwestern Medical Center scientists are suggesting that people with depression who are having difficulty finding relief from drug treatment alone should give moderate to intense exercise a try. The results can be as effective as taking a second medication, according to the scientists. 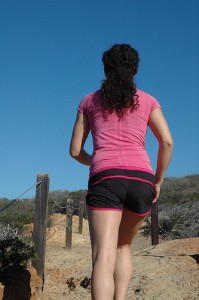 Over the course of four years, researchers studied men and women between the ages of 18 and 70 whose average length of depression was seven years, according to a UT press release. The groups were prescribed different exercise levels at different intensities. Researchers found that 30 percent of patients, whether using treadmills or cycling, “achieved full remission” from their depression, while another 20 percent had “significant displayed improvement.”

“Many people who start on an antidepressant medication feel better after they begin treatment, but they still don’t feel completely well or as good as they did before they became depressed,” said researcher Madhukar Trivedi. “This study shows that exercise can be as effective as adding another medication. Many people would rather use exercise than add another drug, particularly as exercise has a proven positive effect on a person’s overall health and well-being.” 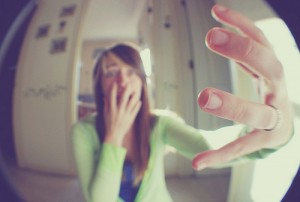 In a scary movie, ominous music playing is a cue to viewers that something bad is about to happen. But new research from University College London reveals that men and women anticipate negative events differently, which effects how these events will be remembered.

In a study that was published in The Journal of Neuroscience, researchers found that the women participating in the study had higher emotional responses, which can be seen through their brain activity, than men when expecting a negative event. According to a UCL release, men did not display any “neural signatures” in anticipation of either positive or negative reactions.

What matters most for the memories of men, said researcher Giulia Galli, is the brain activity while watching the scary scene. “This finding might be relevant for psychiatric disorders such as anxiety,” she said, “in which there is excessive anticipation of future threat and memory is often biased towards negative experiences.”