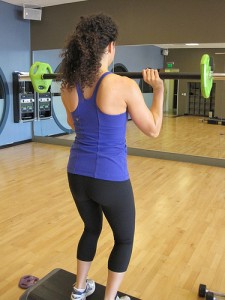 Numerous studies have already made it known that exercise works wonders as a stress reliever. But a recently published study in the American Journal of Health Promotion found that the people who need the gym’s relaxing qualities the most are the ones least likely to get it.

According to a release from the Health Behavior News Service, part of the Center for Advancing Health, the study looked at questionnaires from more than 2,000 people about their stress levels, health status, quality of life, tobacco use and physical activity, which were collected when they enrolled in their employer’s wellness center. The researchers found that workers who are stressed out were most likely to drop out of the gym or not sign up at all. Stressed employees also reported more fatigue, lower activity levels, poorer eating habits and poorer overall health than non-stressed workers.

In a related story, UT Southwestern Medical Center researchers found that exercise can act as a “second medicine” for people suffering from depression.