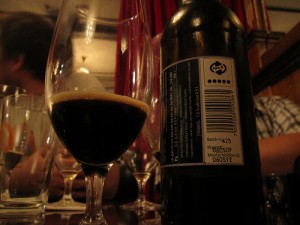 “Dating someone whose friends are big drinkers is more likely to cause an adolescent to engage in dangerous drinking behaviors than are the drinking habits of the adolescent’s own friends or romantic partner,” said Derek Kreager, lead author of the study. “The friends of a partner are likely to be very different from the adolescent and his or her friends and they might also be, at least a little, different from the partner. Adolescents are motivated to be more like their partner’s friends in an effort to strengthen their relationship with their partner.”

Researchers used data from the National Longitudinal Study of Adolescent Health, a survey of U.S. adolescents enrolled in grades seven through 12 in the 1994-1995 school year. They tracked 898 students — or 449 couples — beginning in 1994, when the couples had not necessarily formed yet, and again in 1996 once they had begun dating. They found that whether or not a significant other’s friends drank was a strong indicator in whether or not the student drank.

Kreager said there were gender differences in terms of susceptibility to drinking.

“Consistent with prior literature, our findings indicate that girls are significantly less likely than their male partners to binge drink,” Kreager said. “However, we find that connections with drinking friends, romantic partners and friends of partners have similar positive associations with the drinking habits of boys and girls. Moreover, our research suggests that, if anything, males are more susceptible to a significant other’s influence than are girls.”