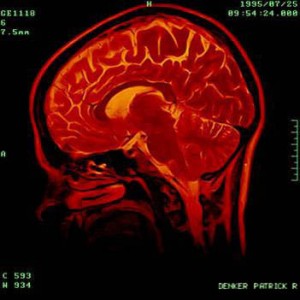 Sometimes it feels like old habits die hard, but researchers from the University of Alberta’s Faculty of Medicine and Dentistry say people still have the capacity to change later in life. Their new study reveals that brain wiring continues well into a person’s late 20s rather than stopping at adolescence as previously thought. The study was published in the Journal of Neuroscience.

The researchers scanned the brains of 103 healthy people between the ages of 5 and 32 and found that the wiring in the frontal lobes of the young adult participants was still developing. The frontal lobe is responsible for complex cognitive tasks such as inhibition, high-level functioning and attention, according to a University of Alberta press release.

“This is the first long-range study, using a type of imaging that looks at brain wiring, to show that in the white matter there are still structural changes happening during young adulthood,” said researcher Catherine Lebel. “The white matter is the wiring of the brain; it connects different regions to facilitate cognitive abilities. So the connections are strengthening as we age in young adulthood.”

The researchers also found reduced white matter in the brains of some of the participants, which, they said, is associated with the degradation of the brain. Researcher Christian Beaulieu said this study could yield future studies on the correlation of brain structure and mental health problems, which begin in adolescence.

“What’s interesting is a lot of psychiatric illness and other disorders emerge during adolescence, so some of the thought might be if certain tracts start to degenerate too soon, it may not be responsible for these disorders, but it may be one of the factors that makes someone more susceptible to developing these disorders,” Beaulieu said. “It’s nice to provide insight into what the brain is doing in a healthy control population and then use that as a springboard so others can ask questions about how different clinical disorders like psychiatric disease and neurological disease may be linked to brain structure as the brain progresses with age.”