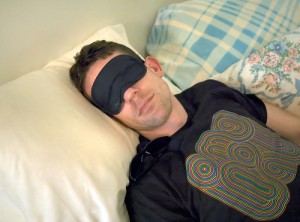 It might sound like the stuff of movies or a plot taken from a ’90s sitcom, but Michigan State University researchers found that people may actually be learning while they sleep.

In the study, which consisted of more than 250 participants, researchers discovered that there could be a link between levels of consciousness and memory, which people yield different effects from.

“We speculate that we may be investigating a separate form of memory, distinct from traditional memory systems,” said researcher Kimberly Fenn. “There is substantial evidence that during sleep, your brain is processing information without your awareness and this ability may contribute to memory in a waking state. … You and I could go to bed at the same time and get the same amount of sleep but while your memory may increase substantially, there may be no change in mine.”

This distinct “sleep memory” is not being captured in the run-of-the-mill aptitude tests such as the SAT or the ACT, Fenn said.

“This is the first step to investigate whether or not this potential new memory construct is related to outcomes such as classroom learning,” she said.

It also perpetuates the notion that a good night’s sleep is necessary for students. Fenn continued, “Simply improving your sleep could potentially improve your performance in the classroom.”