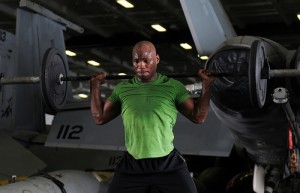 The media has placed more focus on the male body image in recent years, but a University of Manitoba study suggests that this increased attention has not led boys to become more concerned about their appearance. Instead of trying to look big and muscular like many modern male celebrities, most adolescent boys just want to look average.

The researchers interviewed 32 boys between the ages of 13 and 15. Although researcher Moss E. Norman said the participants correlated being overweight with something “undesirable and associated with a sedentary, immoral lifestyle,” most of them were equally turned off by celebrities such as Michael “The Situation” Sorrentino of Jersey Shore fame, who is known for his physique.

“Not all boys aspire to have lean, muscular or idealized male bodies that are commonplace in popular culture,” Norman said. “In many cases, boys who took part in our study were staunchly critical of idealized male images. They found it problematic, feminine or vain to be overly concerned with appearances. Sculpted bodies were seen as unnatural, the product of steroids or zealous weight-lifting.”

The boys preferred to have an average-looking body because it wouldn’t stand out, Norman said.

“Any bodies that fell outside that norm were labeled unnatural, unhealthy or just too much,” he said. “Boys want a body that’s neither too fat nor too skinny; too tall nor too short; too muscular nor too weak.”

Although the boys did feel pressure to be fit, Norman said, they were comfortable getting toned through sports.

“They felt sports could naturally produce a healthier, fitter and more attractive man,” he said. “Sports are used to deflect, obscure and erase their bodily anxieties and desires.”