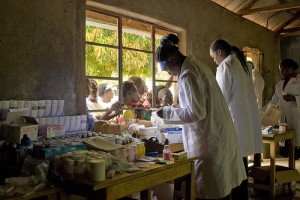 It has been hotly contested for years whether a person’s gender dictates his or her aptitude for certain skills. Now a new study from researchers at Penn State University and Southern Illinois University suggests that our biology might influence career choice.

For the study, researchers analyzed 125 participants between the ages of 9 and 26 who had congenital adrenal hyperplasia (CAH), a genetic condition associated with receiving high-level exposure to male hormones early in development. They also looked at the participants’ siblings who were unaffected by the condition, and whether the participants pursued people-oriented careers such as teaching or dancing, or “thing”-related careers, such as becoming a mechanic or biologist.

The researchers found that females with CAH were more likely to pursue thing-related careers, while females without CAH tended toward people-oriented careers. However, no discernible differences were evident in the career interests of males with CAH and unaffected males in the study.