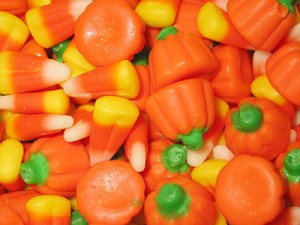 Along with the spooky, supernatural forces at play on Halloween, a University of Alberta researcher discovered that some tricks are also being played with certain common, festive treats.

A study found that when products such as chocolate and other candy are individually wrapped, people tend to eat more of them than when the treats are in regular packaging. Study researcher Jennifer Argo also discovered that those with low-appearance self-esteem—the term researchers use to describe people who are concerned about their body, weight or physical appearance—tend to consume more than the average population, under the veneer of health.

“The low-appearance self-esteem people ate the most when they were told that the caloric information was favorable (low in calories), when the caloric information was on the front of the package and when the product was visible (clear packaging),” she said. “People in the high-appearance self-esteem category—those who did not indicate concerns about weight or physical appearance—still ate more, but there was a big jump in the consumption quantity for [those with low self-esteem].”

The participants with low-appearance self-esteem tended to eat less when the product wasn’t visible, when the caloric information was missing or when they believed there were more calories in the small packages than what they expected.

Argon said strategies such as a having visible product and caloric information served as cues to the group’s susceptibility, noting that this gave the group a false sense of belief that the package would help them manage self-control and help them achieve potential weight and body goals.

“These consumers are basically saying, ‘this package is going to protect me; it’s going to help me achieve my goal,’ and so they relinquish control to the package,” she said. “They throw up their hands and say, ‘I don’t have to worry because the package is taking care of everything for me.’ As soon as they’ve given up initial control, they have no control to deal with that next package that’s presented to them.”

Argo recommends buying the regular-sized packages of these types of snacks and exercising portion control as a way to save calories and money.

“[Relinquishing control to small packages is] a very cognitive process; people are purposefully doing this,” she said. “[In the study] we found that if we interrupt the participants, if we distracted them with a task, they don’t fall prey (to overeating). When it’s a small package, distractions are actually beneficial in some respects.”