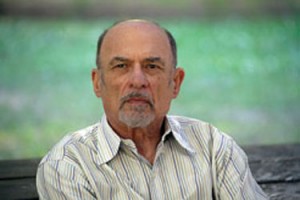 When Dr. Irvin D. Yalom takes the podium to deliver the opening keynote at the 2012 American Counseling Association Annual Conference & Exposition in San Francisco next March, it will mark something of a repeat performance. But having previously keynoted ACA’s Annual Conference in Atlanta in 2005, the influential theorist, best-selling author and expert on group therapy promises to deliver a much different message.

Known for identifying the primary “curative factors” (now therapeutic factors) in group therapy and for writing what he terms “teaching novels,” Yalom in Atlanta discussed the use of literature and creativity in teaching psychotherapy. He referenced what was at that time his most recent work, The Schopenhauer Cure, a story revolving around the inner workings of a therapy group. But in San Francisco, where Yalom maintains an office for his part-time private practice for individual therapy (he has another office in Palo Alto, Calif.), he says he plans to impart more real-world knowledge to conference attendees.

The insights Yalom will present at his ACA keynote will be based largely on notes he has collected from sessions and research throughout his career as well as powerful comments he has received from colleagues and clients during his years in the field. Many of these tips will eventually become part of a new book he is in the process of writing. As yet untitled and still in the early stages of development, the book, Yalom believes, will resemble a combination of two of his previous works, Love’s Executioner & Other Tales of Psychotherapy and The Gift of Therapy: An Open Letter to a New Generation of Therapists and Their Patients. Written more than a decade apart, both books provide suggestions for counseling practice, while including anecdotes from Yalom’s own experiences as a therapist. Yalom says he looks forward to providing counselors with more practical knowledge, both with his new book and at his keynote speech at the ACA Annual Conference. “I’ve already talked a lot about the theories,” he notes.

Yalom was born in Washington, D.C., to Jewish parents who immigrated from Russia after World War I. He grew up in one of the city’s poorer, rougher neighborhoods and says he spent much of his childhood reading fiction as a way to escape the harsh realities of where he was living. Yalom has previously said that his childhood spent with books, in combination with a lack of counseling or any semblance of direction for youths in his neighborhood, influenced his writing and therapy styles.

Yalom wrote his first book, The Theory and Practice of Group Psychotherapy (now in its fifth edition), in 1970. The American Journal of Psychiatry cited it as one of the 10 most influential psychiatry publications of that decade. In 1980, Yalom wrote another well-received textbook titled Existential Psychotherapy. “But after that,” Yalom said in a 2009 interview at the Vienna Book Fair, “I began to feel I could teach more about that idea … by presenting it in story-form.” He went on to write another textbook in 1983, Inpatient Group Psychotherapy, which became a benchmark for the subject, before truly exploring his literary side with Love’s Executioner in 1990. He has since authored a variety of works, including his three teaching novels: When Nietzsche Wept, Lying on the Couch and The Schopenhauer Cure. He has been quoted in interviews as saying that writing a novel is “one of the finest things a person could do.”

Well known for his personal model of existential psychotherapy, Yalom is highly celebrated in the counseling profession for his pioneering role in constructing group counseling principles. He is also a strong proponent, as evidenced by his writing in The Gift of Therapy, that each client should receive a unique therapy experience because each person has his or her own unique story.

“We are pleased that our members who attend the conference in San Francisco will have the opportunity to spend time with Dr. Yalom,” says ACA President Don W. Locke. “He has made significant contributions to the knowledge base that so many have studied through the years. It is exciting to know that conference attendees will have the opportunity to hear him in person and hear his insightful and thought-provoking presentation.”

Samuel Gladding, who was serving as president of ACA when Yalom spoke at the annual conference in Atlanta, believes Yalom’s keynote in San Francisco will be highly anticipated. “[Yalom] was incredibly well received and was very personable,” Gladding recalls. “He takes the profession of counseling very seriously, but he is most modest as a person. I know he works very hard on his writing and on his counseling. I think our attendees will find him engaging and deep. He is modest but as competent as the day is long. His writing and his speaking are very engaging.”

ACA Executive Director Richard Yep says that in addition to being extremely knowledgeable about counseling, Yalom possesses a captivating speaking style. “Given the impact that Irvin Yalom has had on the profession of counseling, I know that his presentation will be insightful, engaging and something that all of our members will find quite interesting,” Yep says.“I don’t use this phrase lightly when I say that Dr. Yalom is truly one of the giants in the field. I think that his presenting during our 60th anniversary conference will make the event even more special.”

Yalom says his keynote will also touch on the questions of how therapy helps and how counselors can know that therapy helps. One of the reasons he believes counseling is so successful with clients is because there are positive effects from the counseling relationship that occur outside the office and manifest in ways the counselor never devised.

“Improvement comes about in ways we could have never predicted,” he says. “If we can establish a caring holding relationship, then the patient may improve in a myriad of ways. For example … one of my female patients enrolled in a self-defense workshop, which helped her self-confidence and set off an adaptive spiral. Sure, I hadn’t recommended the workshop, but in some indirect way, our relationship allowed her to reach out and use external opportunities that were always there. I always find it useful to spend time with patients as they are ending therapy to find out their views of what helped, and I am very often surprised and edified by what they tell me.”

When Yalom’s patients need existential psychotherapy, he says it is because they are in distress concerning whether their life has purpose. One of the beauties of being a counselor, he says, is working in a profession in which that question has already been answered.

“I think there’s something intrinsically meaningful in what we do,” he says, “which is helping people find meaning in their lives and helping them grow.”

A book signing will immediately follow Irvin Yalom’s keynote speech at the Moscone West Convention Center. He will also be presenting a session on the topic of psychotherapy novels at the conference, during which he will discuss his teaching novels, including the soon-to-be-published The Spinoza Problem. The title refers to the Dutch rationalist philosopher Baruch Spinoza.

To attend the ACA Annual Conference & Exposition in San Francisco (March 21-25) at the lowest available rate, register by Dec. 15. For more information or to register, visit counseling.org/conference or call 800.347.6647 ext. 222.