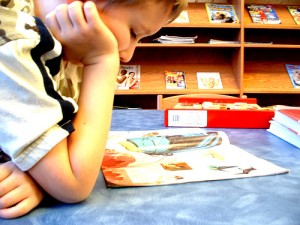 The American Academy of Pediatrics has released a new set of guidelines regarding the diagnosis, evaluation and treatment of attention-deficit/hyperactivity disorder (ADHD) among children and adolescents. The group is recommending that children as young as 4 be evaluated for the disorder by their doctors. ADHD affects approximately 7 percent of the U.S. population according to the National Institute of Mental Health.

“Treating children at a young age is important, because when we can identify them earlier and provide appropriate treatment, we can increase their chances of succeeding in school,” said the study’s lead author, Mark Wolraich, in an interview with NPR.

The academy recommended “evidence-based parent- and/or teacher-administered behavior therapy” as the first line of treatment for these preschool-aged children, but if that was not successful, it also supported medications such as Ritalin and Concerta.

According to the guidelines, “In areas where evidence-based behavioral treatments are not available, the clinician needs to weigh the risks of starting medication at an early age against the harm of delaying diagnosis and treatment.”

Source: Official Journal of the American Academy of Pediatrics