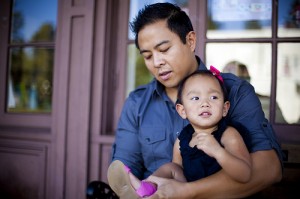 Recent guidelines from the American Academy of Pediatrics suggest that some children as young as 4 could benefit from being prescribed medications such as Ritalin and Concerta for attention-deficit/hyperactivity disorder (ADHD). However, a new report from the U.S. Department of Health and Human Services’ Agency for Healthcare Research and Quality (AHRQ) says that formal training in parenting strategies can also have a positive effect on children of the same age.

The researchers found that formal parenting interventions — also known as parent behavior training or PBT — serve as low-risk, effective methods for improving behavior in preschool-age children who are of at risk for developing ADHD. One substantial barrier to PBT’s success, however, is when parents drop out of the training programs.

The report also found that drugs such as Ritalin and Strattera are generally safe and effective for treating ADHD symptoms and improving behavior in children older than 6.

“ADHD can place many challenges on families with young and school-age children,” said AHRQ Director Carolyn M. Clancy. “This new report and these summary publications will help children, parents and their doctors work together to find the best treatment option based on the family’s values, preferences and needs.”