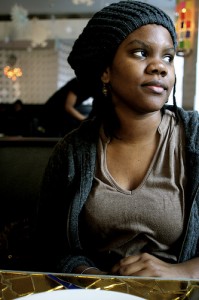 A recent University of Cincinnati study compared the effectiveness of motivational enhancement therapy (MET) with counseling as usual (CAU) as approaches to treating substance abuse among African Americans. The study involved 146 males and 48 females who were seeking outpatient substance abuse treatment at five different community-based treatment programs across the United States for issues such as cocaine use, alcohol abuse and marijuana use.

“The idea of MET is for counselors to help patients build motivation and strengthen commitment to behavior change,” said lead researcher LaTrice Montgomery. “One technique that is commonly used in MET to facilitate this process is the use of decisional balance exercises which help patients examine the pros and cons of substance use.”

The researchers found that the women had higher retention rates in MET than in CAU, whereas men showed no difference in retention in either therapy style. Regardless of which therapy style was used, the clients’ substance abuse tended to continue.

“Previous studies have suggested that ethnic minorities in MET report more success in reducing substance abuse than non-ethnic minorities, but the studies combined several ethnic groups,” said Montgomery. “This research was examining the effectiveness of the treatment specifically for African-Americans. I think MET has a lot of value, in terms of being non-confrontational and non-judgmental as well as supporting self-efficacy. We found that the women stayed in MET treatment longer, but they didn’t reduce their substance use. That’s where my research is taking me now.”