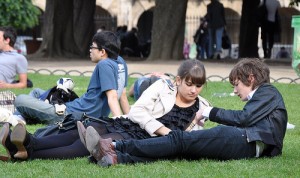 The researchers found that when the creation of new cells in the brain was interrupted during adolescence, adult mice later show impaired social behavior, essentially ignoring other mice. “These mice acted like they did not recognize other mice as mice,” said Arie Kaffman, senior author of the study.

But when the researchers attempted the same blocking of the cell generation process in adult mice, there were no changes in the mice’s behavior.

People with schizophrenia also have difficulty generating new cells in their brain, particularly in the hippocampus, an area responsible for neuron development. Symptoms of the disorder begin to reveal in the teen years.