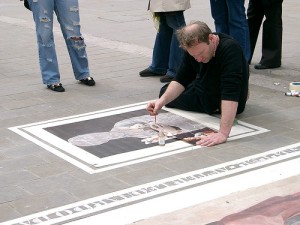 A new study about the personality of creative individuals revealed that the self-absorbed artist stereotype might actually have some truth to it, MSNBC reports.

“Our research didn’t find a huge effect, and we certainly aren’t claiming that all creative people are insufferably arrogant, but, on average, people with a lot of creative accomplishments were less humble and modest,” said Paul Silvia, lead author of the study.

“They found an openness to experience is the personality characteristic with the largest influence on creativity, a result seen in previous studies. Extroversion had a smaller effect, while emotionality and conscientiousness made no difference. Agreeableness, which indicates that people can compromise, sympathize and get along well with others, also had no effect. But honesty-humility was shown to have a negative influence on creativity.”

But the news isn’t all bad: While creative types tend to be less modest and more arrogant, according to the study, they also tend to be curious, broad-minded and more open to new experiences.