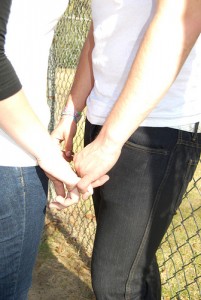 States that offer abstinence-only education in public schools do not yield more abstinent students or less pregnancies, according to a newly released study from the University of Georgia.

“Our analysis adds to the overwhelming evidence indicating that abstinence-only education does not reduce teen pregnancy rates,” said author Kathrin Stanger-Hall. “Advocates for continued abstinence-only education need to ask themselves: If teens don’t learn about human reproduction, including safe sexual health practices to prevent unintended pregnancies and sexually transmitted diseases, as well as how to plan their reproductive adult life in school, then when should they learn it and from whom?”

The study found that the states with the lowest teen pregnancy rates were the ones with a comprehensive sex and/or HIV education class that touched on abstinence as a method of birth control as well as other forms of contraception and condom use. The states with laws focusing on abstinence until marriage were also less successful in preventing teen pregnancies.

“This clearly shows that prescribed abstinence-only education in public schools does not lead to abstinent behavior,” said co-author David Hall. “It may even contribute to the high teen pregnancy rates in the U.S. compared to other industrialized countries.” 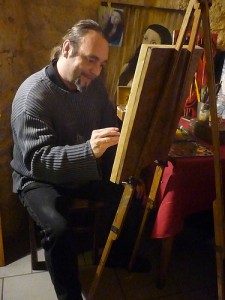 Having a creative friend or partner might spice things up in your life, but that unique worldview might be the very reason they are more likely to deceive you, according to research published by the American Psychological Association.

A Duke University study using a series of tests gauging participants’ creativity, intelligence and willingness to cheat if given the opportunity discovered that creative people are able to rationalize excuses for their lies and cheating to justify their behavior much easier than non-creative types.

The researchers found that the creative participants were significantly more likely to cheat. There was no link found between intelligence and dishonesty.

According to the study authors, “Dishonesty and innovation are two of the topics most widely written about in the popular press, yet, to date, the relationship between creativity and dishonest behavior has not been studied empirically. … The results from the current article indicate that, in fact, people who are creative or work in environments that promote creative thinking may be the most at risk when they face ethical dilemmas.”

A previously released study found that creative types a typically more self-absorbed, suggesting that there is truth behind the “insufferable artist” stereotype. 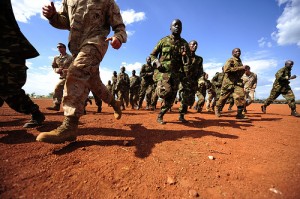 An August report from the National Center for Veterans’ Studies revealed that war veterans in college need to pay close attention to their mental health, as nearly half reported thinking about suicide. As The Washington Post reports, the transition from war to college life continues to be difficult for veterans.

Twenty-three-year-old veteran Brian Hawthorne told the paper he felt like he was “on another planet.” It was a difficult transition, he said, to go “from an environment where people around you are dying every day and trying to kill you” to the halls of George Washington University.

Studying was a struggle as well, Hawthorne said: “I was very worried because I couldn’t concentrate. … I would read one page and forget what I’d just read.”

And upon visiting Veterans Affairs Medical Center in Washington, D.C., he was diagnosed with mild traumatic brain injury, which was caused by his proximity to bomb blasts during his two tours in Iraq.

But Hawthorne is just one of many college veterans struggling with various mental health disorders in a new life they’re not quite prepared for.

Read the rest of the story 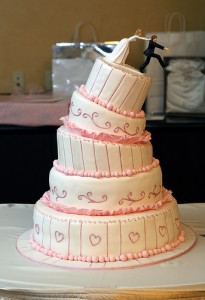 An online survey of 280 full-time employees and their partners found that employees who worked for abusive supervisors — which the researchers defined as actions such as “tantrums, rudeness, public criticism and inconsiderate action” — were affected negatively in ways that impacted their marriages as well as the rest of their families.

“It may be that as supervisor abuse heightens tension in the relationship, the employee is less motivated or able to engage in positive interactions with the partner and other family members,” said study co-author Merideth Ferguson.

However, the researchers found that employees with children had greater family satisfaction. They also found that the longer the partner’s relationship, the less impact the abusive boss had on the family.

“These findings have important implications for organizations and their managers,” said study author Dawn Carlson. “The evidence highlights the need for organizations to send an unequivocal message to those in supervisory positions that these hostile and harmful behaviors will not be tolerated. Employers must take steps to prevent or stop the abuse and also to provide opportunities for subordinates to effectively manage the fallout of abuse and keep it from affecting their families. Abusive supervision is a workplace reality, and this research expands our understanding of how this stressor plays out in the employee’s life beyond the workplace.” 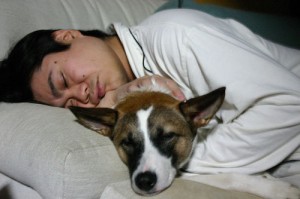 The best way to get past a traumatic experience might be to sleep on it. A University of California, Berkeley, study focusing on the importance of REM sleep found that dream sleep can lessen the pain of certain memories and might be pivotal in helping people who suffer from post-traumatic stress disorder (PTSD).

Researchers had 35 participants view 150 emotional images for the study, twice at 12 hours apart, while an MRI scanner measured their brain activity. They were split into two groups: Half of the participants viewed the images in the morning and again in the evening and stayed awake between the two viewings; the other half viewed the images in the evening and again the next morning after receiving a full night of sleep.

“Those who slept in between image viewings reported a significant decrease in their emotional reaction to the images. In addition, MRI scans showed a dramatic reduction in reactivity in the amygdala, a part of the brain that processes emotions, allowing the brain’s ‘rational’ prefrontal cortex to regain control of the participants’ emotional reactions. In addition, the researchers recorded the electrical brain activity of the participants while they slept, using electroencephalograms. They found that during REM dream sleep, certain electrical activity patterns decreased, showing that reduced levels of stress neurochemicals in the brain soothed emotional reactions to the previous day’s experiences.”

Said researcher Matthew Walker: “The dream stage of sleep, based on its unique neurochemical composition, provides us with a form of overnight therapy, a soothing balm that removes the sharp edges from the prior day’s emotional experiences. During REM sleep, memories are being reactivated, put in perspective and connected and integrated, but in a state where stress neurochemicals are beneficially suppressed. … We know that during REM sleep there is a sharp decrease in levels of norepinephrine, a brain chemical associated with stress. By reprocessing previous emotional experiences in this neuro-chemically safe environment of low norepinephrine during REM sleep, we wake up the next day, and those experiences have been softened in their emotional strength. We feel better about them, we feel we can cope.”

He added that this can be telling for patients with PTSD, in that when “a flashback is triggered by, say, a car backfiring, they relive the whole visceral experience once again because the emotion has not been properly stripped away from the memory during sleep.”