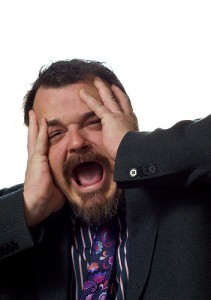 Yet another reason to surround yourself with positive, upbeat people: According to a University of Hawaii study, stress and anxiety are just as contagious as the common cold.

Researcher Elaine Hatfield found that when a person is constantly engulfed in a particular emotion — whether it is positive or negative — that feeling will end up rubbing off on other people.

“All emotions — joy, fear, sadness and stress — have been shown to be contagious,” she said. “It’s called ’emotional contagion.’ In conversation, people automatically and continuously mimic and synchronize the behavior of others with their facial expression, voices, posture and movements. Or, to put it another way, if you sit next to somebody who is constantly stressed and moaning about their job, then subconsciously you’ll start to feel stressed about your job, too.”

Hatfield said that women are typically more susceptible to “catching” another person’s stress because they are more sensitive to other people’s emotions, as well as people who are sensitive in general.

“Hardier people can be oblivious to the emotional climate,” she said. “These types of people can often be more or less oblivious about a stressful situation. Sensitive types, on the other hand, are more susceptible to emotional contagion because they’re wonderful at understanding and dealing with others. However, after a while they can get tired and stressed themselves.”