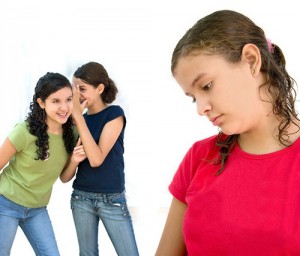 Previous studies have suggested that girls are better at maintaining friendships than boys, but a Duke University study found that when their friends betray them, girls struggle just as much as boys do – and in some ways, even more so.

The study consisted of 267 fourth- and fifth-grade children presented with 16 hypothetical stories from which they were asked to imagine that a friend violated a core expectation of friendship. The researchers found that the girls were equally as likely as the boys to report that they would seek revenge against the offending friend, verbally attack the friend or threaten to end the friendship.

The girls also reported feeling more anger and sadness when offended by a friend and were more likely than the boys to believe the betrayal meant their friend did not care about them or was trying to control them:

“The study found that anger and sadness played significant roles in how boys and girls reacted to offending friends. For both genders, the more strongly they felt a friend had devalued them or was trying to control them, the more anger and sadness they felt. The angrier they felt, the less likely they wanted to fix the relationship. But feelings of sadness actually motivated both genders toward reconciliation: The more sadness the children reported feeling, the stronger their desire was to want to solve the problem and maintain the friendship.”

Commented study author Julie MacEvoy, “Previous research suggests that girls may hold their friends to a higher standard than boys do, which led us to think that girls might have an especially hard time coping if one of their friends does something to disappoint them. … When we try to help children who are struggling in their friendships, we may need to focus on somewhat different issues for boys versus girls. For girls, it may be critical to help them learn how to better cope when a friend lets them down.”