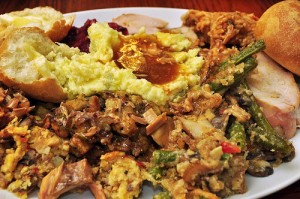 The holiday season can be a stressful time for anyone. But for parents, adding children to the mix can sometimes do a lot to enhance that stress. The Washington Post parenting blog recently interviewed Stacy Notaras Murphy, an American Counseling Association member and a contributing writer to Counseling Today, for tips on making the holiday season a little less taxing on a parent’s mental health.

“Thanksgiving might be the first major holiday when [young couples with children] start breaking out of entrenched family-of-origin traditions,” she said. “I advise couples to rundown all scenarios first, gathering input from extended family members (don’t assume you know what they want, they might surprise you), then make the final decision between the two of you. That way neither person is painted as a dictator when you explain the choice to a wider audience.” 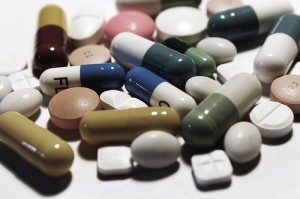 A newly published report in the Journal of Pediatrics found that foster children are receiving power mixtures of antipsychotics normally used to treat mental illnesses such as schizophrenia just as frequently as most mentally disabled children.

The study analyzed 637,924 Medicaid records from 2003 of minors from an unidentified state who were either in foster care, getting disability benefits for a diagnosis such as severe autism or bipolar disorder, or were enrolled in a program called Temporary Assistance for Needy Families (TANF). As The New York Times reports, the study found that anti-psychotics such as Risperdal, Seroquel, Zyprexa and others were being prescribed most to the children in foster care. Of the 16,969 children who had received at least one prescription for an antipsychotic drug, 9.2 percent of foster children received more than one such prescription at the same time, compared with 6.8 percent of the children on disability and only 2.5 percent for those enlisted in TANF.

Despite these drugs being approved for schizophrenia and bipolar disorder, the study found that at least 2 percent of the foster children took at least one of the drugs.

“The kids in foster care may come from bad homes, but they do not have the sort of complex medical issues that those in the disabled population do,” said lead author Susan dosReis.“We simply don’t have evidence to support this kind of use, especially in young children.” 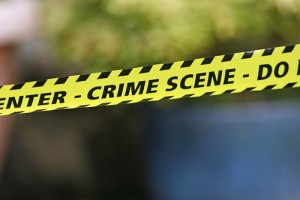 According to a University of Missouri professor who pioneered an evidence-based treatment called Multisystemic Therapy (MST), the treatment continues to have positive effects on former juvenile offenders more than 20 years after treatment.

MST differs from individual therapy in that it involves the juvenile offender’s entire family as well as the community. It is used as a way to prevent serious mental health problems in children and adolescents.

Charles Borduin, who developed MST, followed up with clinical trial participants who had completed treatment on average 22 years earlier. Among his findings:

Violent felonies: Since completing treatment, 4.3 percent of juveniles treated with MST were arrested for a violent felony, compared to 15.5 percent of individual therapy participants.

“This research shows that Multisystemic Therapy has long-lasting effects,” said Borduin. “Nearly 22 years after treatment, juvenile offenders treated with MST still see positive effects. This treatment has protected many potential victims, and I hope this research helps to encourage further use of the method.” 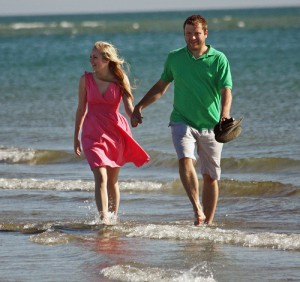 Many of us have a mental checklist of the traits we believe our “perfect match” will have, but researchers are finding that the traits we think we’re looking for don’t necessarily translate into reality.

A Northwestern University study published in the Journal of Personality and Social Psychology suggests that the personality traits that people think they want in a mate are not the ones they’re necessarily attracted to.

“People have ideas about the abstract qualities they’re looking for in a romantic partner,” said study researcher Paul W. Eastwick. “But once you actually meet somebody face to face, those ideal preferences for traits tend to be quite flexible.”

Eastwick uses the trait of persistence as an example.

“After meeting in person, you might feel that, yeah, that person is persistent, but he can’t compromise on anything,” he said. “It’s not the determined and diligent kind of persistent that you initially had in mind.” 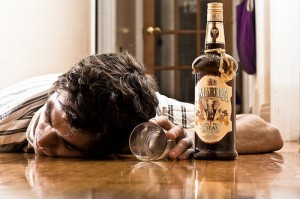 The physical effects of chronic alcoholism on a person’s body have been well-documented, but a Vanderbilt University study reveals that brain function is also detrimentally impacted.

Using functional magnetic resonance imaging (fMRI) during a finger-tapping exercise, the researchers found that alcoholics’ brains can perform just as well as a sober people’s brains, but they must work harder to do so. The fMRI found that the frontal lobe and cerebellum activities were less integrated in alcoholic individuals; these are both areas of the brain that can be impacted by alcohol.

The alcoholics’ “injured” brains, the researchers said, must work harder to perform simple tasks than a sober person’s.

“The relationship was weaker in alcoholic people, even a week after they had stopped drinking,” said lead author Baxter Rogers. “This suggests that alcoholics needed to compensate for their brain injury. They may need to expend more effort, or at least a different brain response, to produce a normal outcome on simple tasks because they are unable to utilize the brain regions needed in an integrated fashion.”