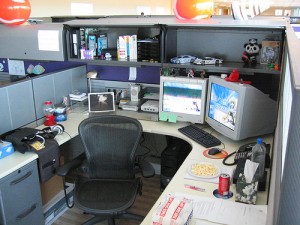 Mental health problems exacerbated by the world’s economic instability are having a detrimental impact on employees as well as work productivity, according to a new report from the Organisation for Economic Cooperation and Development (OECD).

OECD, whose membership consists of 34 countries, including the United States, found that one in five workers struggles with a mental illness such as anxiety and depression, and between 30 and 50 percent of all new disability benefit claims in countries belonging to the OECD are related to mental health problems.

The report also revealed that these growing mental health problems are not only having a negative effect on work productivity, but can also be directly linked to the economic crisis that has led to worldwide job instability and monetary woes.

According to the OECD, “Increasing job insecurity and pressure in today’s workplaces could drive a rise in mental health problems in the years ahead. The share of workers exposed to work-related stress, or job strain, has increased in the past decade all across the OECD. And in the current economic climate, more and more people are worried about their job security.”

“The OECD’s report, entitled ‘Sick on the Job? Myths and Realities about Mental Health at Work’ found that most people with a mental disorder are in work, with employment rates of between 55 percent and 70 percent — about 10 to 15 percentage points lower than for people without a disorder. But people with mental illness are two to three times as likely to be unemployed as people with no mental health problems. This gap represents a economic major loss, the report said.”

The OECD said employment chances for those struggling with a most mental disorder can be improved with “adequate treatment.” But currently, the OECD said, health systems in many countries are focusing their efforts on treating those with severe mental disorders such as schizophrenia, when those individuals make up only a quarter of all cases.

The OECD believes “Taking more common disorders more seriously would boost the chances for people to stay in, or return to, work.”