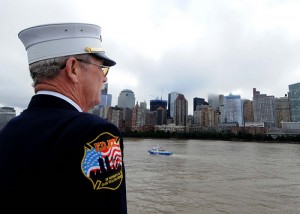 Whether they experienced it firsthand or simply lived through the aftermath, Americans are still affected by the mental and emotional impact of the 9/11 terrorist attacks on the World Trade Center and Pentagon. According to new research published in the journal Preventive Medicine, exposure to either the physical fallout from the collapse of the World Trade Center or its traumatic aftermath has led to increased risk of developing physical and mental health conditions.

The study, which involved volunteers who came to help after the 9/11 attacks, revealed that “they, along with others who were directly exposed to the events of the 9/11 disaster, are now suffering from a range of physical and mental illnesses. At particular risk for poorer health outcomes are volunteers not affiliated with groups such as the American Red Cross, whose earlier arrival at the WTC sites and day-to-day work left them less prepared for the horrific events and injuries of 9/11.”

In terms of the physical effects of 9/11, a study of adults who were exposed to 9/11 found that being in the dust cloud, being injured on 9/11, or developing post-traumatic stress disorder increased the risk of developing heart disease years after the attack.

“This exploratory heart disease study suggests that adults who were directly exposed to the World Trade Center disaster and its aftermath have an increased risk for heart disease,” said study author Hannah Jordan. “It will be important to confirm and expand upon these findings so that appropriate steps can be taken to prevent heart disease in this population.”