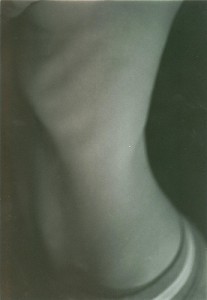 A new study from the Hastings Center about patients suffering from anorexia nervosa and how they view themselves could provide insight into treatment for the eating disorder. The researchers found that many people with anorexia struggle with the idea of an idea of an “authentic” self and where the disorder fits into it.

For the study, the researchers interviewed 29 women undergoing treatment for anorexia, asking them questions regarding the disease as well as treatment.

The authors write, “We came to the concept of authenticity belatedly, one might say. We had been talking to people who had a diagnosis of anorexia nervosa about their experiences of living with their condition, and though we had not raised issues of authenticity or identity ourselves, they often did. They struggled with questions of authenticity, either applying it to the self as a whole or to specific desires, emotions or choices.”

For almost all of the women, the researchers found, the idea of authenticity was a significant issue.

According to the Behavioral Medicine Report:

“Participants characterized this relationship in different ways. Many saw anorexia nervosa as separate from their real self. Some expressed the idea of a power struggle between their real and inauthentic self. Others said that other people could provide support to enable the authentic self to gain strength within the struggle.”

The authors conclude in their report that “the data we present show that issues around authenticity are of significant concern for adolescents and young adults with anorexia nervosa.”