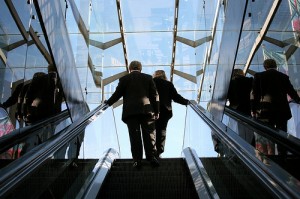 An abusive boss can take a toll on an employee’s life both inside and outside of the office, but new research has found that the methods most employees use to cope with workplace abuse are often ineffective. Instead of directly communicating with an abusive boss, which has been shown to be the most effective strategy, most employees opt to avoid addressing the issue.

“Abusive supervision is highly distressing for employees,” said study leader Dana Yagil. “Our study shows that the strategies being used by employees to cope with the stress caused by such behavior do not lead to the most positive outcomes.”

The study consisted of 300 employees, “and examined five types of strategies used for coping with the stress factor of abusive treatment: directly communicating with the abusive supervisor to discuss the problems; using forms of ingratiation — i.e., doing favors, using flattery and compliance; seeking support from others; avoiding contact with the supervisor; and what is known as ‘reframing’ — mentally restructuring the abuse in a way that decreases its threat.”

The employees were asked to rate how often they experienced abuse from their bosses, such as ridicule, invasion of privacy, rudeness and lying, as well as how often they engaged in any of the strategies in those categories.

The study revealed that “abusive treatment from a superior was most strongly associated with avoiding contact — disengaging from the supervisor as much as possible and to seeking social support,” and employees were least likely to participate in direct communication with their bosses.

“It is understandable that employees wish to reduce their contact with an abusive boss to a minimum,” Yagil said. “However, this strategy further increases the employee’s stress because it is associated with a sense of weakness and perpetuates their fear of the supervisor.”