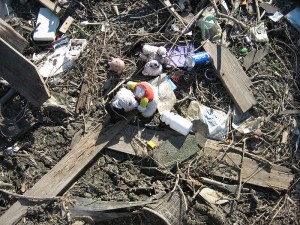 Though it’s been more than six years since Hurricane Katrina ravaged New Orleans and the Gulf Coast, a newly released study reveals that disaster survivors are still struggling with poor mental health and the persistence of posttraumatic stress symptoms.

“On average, people were not back to baseline mental health, and they were showing pretty high levels of post-traumatic stress symptoms,” said lead author Christina Paxson. “There aren’t many studies that trace people for this long, but the very few that there are suggest faster recovery than what we’re finding here. I think the lesson for treatment of mental health conditions is, ‘Don’t think it’s over after a year. It isn’t.’”

When the project first began in 2003, it was a study of low-income adults enrolled in community colleges around the United States, including three colleges in New Orleans. But after Katrina in 2005, the researchers changed their focus to only those participants in New Orleans and continued to collect data for almost five years. The study consisted of 532 low-income mothers who were mostly of African-American descent and around the age of 26. The participants were also interviewed in two follow-up surveys, as noted by Medical Xpress:

“The surveys helped rate the women on two signs of poor mental health: psychological distress and post-traumatic stress symptoms (PTSS). … The researchers found that even after four years, about 33 percent of the participants still had PTSS, and 30 percent had psychological distress. Though levels for both conditions had declined from the first follow-up 11 months after the hurricane, they were not back to pre-hurricane levels. The researchers had also interviewed the study participants about the types of stressors they had experienced during the storm: home damage, traumatic experiences the week of the hurricane (such as being in danger or lacking food, water or necessary medical care) or death of a friend or relative. Paxson and her collaborators found that these stressors played a role in whether the participants suffered from psychological distress or PTSS, or both. For the most part, the hurricane stressors, especially home damage, were associated with the risk of chronic, long-term PTSS alone or in combination with psychological distress.”

Notes Paxson: “I think Katrina might be different from a lot of natural disasters in the sense that it completely upended most people’s lives. About two-thirds of the sample is back in the New Orleans area, but almost nobody lives in their old home. So they’re living in new communities. They’ve been disrupted from their friends and their families. The whole fabric of their lives has really been changed.”