As an existentially oriented counselor, I am well versed in the absurd, but I was not quite prepared for how far my ability to accept it would be stretched when I moved three hours away and across state lines. I graduated with my doctorate in counselor education in May from a well-known university and, following graduation, moved to join my partner who had received an outstanding job in another state. Being a licensed counselor, I assumed it would be easy for me to follow her and get a job practicing counseling. How wrong I was.

In light of the 20/20: A Vision for the Future of Counseling initiative’s “Principles for Unifying and Strengthening the Profession,” I felt compelled to share my story. The fourth principle is “Creating a portability system for licensure will benefit counselors and strengthen the counseling profession.” Through writing about my experience, I hope to help other counselors anticipate some of the difficulties of transferring a license from one state to another and help counseling boards understand the impact of restricting the portability of licenses.

When I graduated with my master’s degree, I moved to a state that did not require a license to practice but did require unlicensed counselors to be under the supervision of a licensed professional. In three years, I completed the 4,000-hour clinical residency, which included 2,000 hours of direct client contact and 200 hours of supervision required for licensure in the state. In June 2010, I passed my state licensure exam while enrolled in my doctoral program. In April 2011, when my partner and I 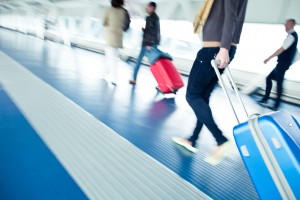 knew we would be moving to a different state, I began reviewing the requirements for transferring my license to the new state.

I was informed that the licensing structure where I was moving was modeled after the state’s social work license, which required even recent graduates to have a graduate license to practice. The requirement for transferring a license is listed as either two years of practice as a licensed counselor or 2,000 hours of clinical professional counseling experience. Despite these requirements being listed twice on the licensing forms, I called the state counseling board to confirm that I met the requirements and was completing the correct forms. After outlining my experience, I told the person at the counseling board that I had held my license in the other state for only one year but that I possessed well over 2,000 hours of clinical experience. The person with whom I spoke at the board notified me that, given my clinical experience, I should be able to transfer my license.

By the end of May, I had gathered the required signatures from my professors and former supervisors, collected transcripts from all of the schools I had attended, written the required check to the board and mailed a license verification form to the state counseling board where I currently held my license so it could sign and return the form to the new state to which I was moving. After waiting several weeks into June, I called the counseling board in the state to which I was moving to see if it had received my licensure verification form. I was told the person with access to the files was on vacation and would “be back sometime next week.” The next week, I called several times before reaching the person with whom I needed to speak, only to be informed that the form had not yet been received. This person also told me that if the form was not received by July 15, I would have to wait until Aug. 15 for the counseling board to review my application.

Having this information, I called my former licensing board to inquire about my licensure verification. A voice mail greeted me, informing me the board had a high volume of applications and instructing me to leave a name and number, which I did. The following day, having not received a return phone call, I called several times until finally reaching an actual human whom I could ask about the status of my license verification. I told this person the check for the verification fee I had sent with the form had been cashed in June, but as of July, my new counseling board had not received the form. This person told me my former counseling board met only once per month and had already convened in June prior to my request being received. I inquired as to when the counseling board would meet next. The response: “Sometime in July.” The person could not provide a date when the board would meet to sign my form.

This raised a second concern for me. Because I had submitted all of my forms in June, I had allowed my license in my former state to lapse at the end of that month, not seeing the benefit of paying for and carrying two licenses in different states. I attempted to call my former licensing board again to determine if this lapse would affect the verification of my license because the board would not be reviewing it until July. Once again, I was unable to reach anyone, so I left my question on voice mail. I never received a phone call. Instead, on July 15 I received an email indicating the board had mailed out my licensure verification. The email didn’t address my question of whether my license was still valid.

After waiting another week, I called my new counseling board to confirm receipt of the licensure verification form. It was at this point I was notified that I did not meet the requirements for transferring my license because I had not held my previous license for two years. I told the person at the board I was getting different messages and asked if I could speak with someone higher up. I was given the number of the board’s director. I reviewed my previous conversations with the director, indicating that someone at the board had confirmed my understanding of the state’s licensure requirements. The director said the expectation was that if an individual had a counseling license for two years, he or she would also have 2,000 hours of clinical practice, meaning that a person was required to have both, not either/or, despite the wording on the forms. I shared that the state where I previously had been licensed required 1,000 more contact hours and 100 more hours of supervision than did my current state’s licensure requirements. I was told I had two options: I could wait for the board to review my application in September and inform me of its decision in October, or I could send in another check, complete a different set of forms and mail back in the application for regular licensure — and still wait until October.

Exasperated, I communicated to the director that I had been unemployed for three months while following the instructions provided by the board to get my license transferred. When told the earliest I would hear whether my forms were correct would be October — another three months away — I asked how the board could justify the delay in responding given that a license is required to practice. The director told me that even if the board had received my application materials in June, they still would not have been reviewed until September. In May and June, the director explained, the board reviewed disciplinary issues that kept its members from approving licensure applications, and then the board was on recess through July and August, despite what the person at the counseling board had previously told me regarding the board’s meetings. For four months (fully one-third of the year), the counseling board did not review applications, and when it would review them, it would take 30 days to respond. Following a response, applicants must still sit for a counseling law exam and/or a licensure exam. I finally asked if I could speak to someone on the licensing board who might possibly give me some concrete answers. The director said she could make the request but added that the board did not usually honor such requests.

As of mid-August, I still had not received a response from the counseling board. In the meantime, I renewed my license in my previous state. It took five minutes to do online, and I received my paper license in the mail within a week. I accepted that, at least for a while, I would have to commute across state borders if I wanted to continue practicing as a counselor.

In October, I finally received my letter from the board indicating that I could sit for the licensing examination within a week. The letter indicated I would need to bring a license to confirm my identity. On the letter, my name was incorrect. When I attempted to contact the person listed on the letter to follow up, I reached her voice mail, which informed me she would be out of the office until after the date of the exam. Through the counseling board’s main number, I was able to reach a person who could correct my name. Finally, at the end of October, nearly six months after I began the licensing process, I received my counseling license in the new state. I am currently working in my former state, but I am going to keep my new license active so I can avoid having to go through the licensing process again just in case I want to take a job in my new state.

As counseling continues to grow as a profession, we need to work on developing common licensure standards. Common standards will help ensure the quality of counselors, protect the public and move us toward developing a shared body of knowledge to foster a unique counselor identity. These common standards will also improve the portability of licenses across state lines. I have a few recommendations from my experience that I hope will help prepare other counselors planning to transfer their licenses.

1) Prepare well in advance of a move, especially given the current economic climate. It was hard having to turn down jobs because my licensure application had not been approved and not applying for other openings while I waited.

2) Make sure that you’re talking to a director or some other officer at a licensing board when transferring your license. Although individuals who answer the phones at licensure boards can seem helpful, they are not always familiar with the intricacies of licensure.

3) Make sure to maintain a record of all of your practice and supervision hours in case you need to resubmit the information if you are unable to transfer your license.

I encourage the continued development of common licensing standards that will increase consistency for insurance panels and assist in legislation efforts regarding counselors. Common licensing standards would help strengthen the counselor identity and continue to validate counseling as a cohesive profession, while also making it easier for counselors to continue to do their good works.

Thomas J. Sherman is a clinical supervisor with the Military OneSource program providing support and resources to active-duty, National Guard and Reserve service members and their families. He is also an adjunct professor in the counselor education program at McDaniel College. Contact him at tom.j.sherman@gmail.com.