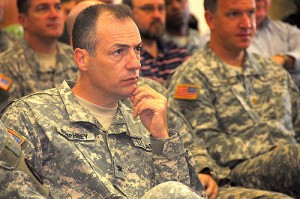 The mental health changes that can occur when a soldier comes back from war have been well-documented by this point, but a new study reveals that active service can also alter male veterans’ personalities.

The researchers found that before setting off for duty, those who served in the military typically worried less than those in civilian service. They were also more apt to disagree.

Participants were given personality tests two years later, once their tours in military or civilian service were complete:

Jackson says of the results: “I cannot say if it’s good or bad, but it shows that these individuals — who, by and large, did not face any combat — had experiences in basic training that likely shaped the way they approach the world. The changes in personality were small, but over time, they could have important ramifications for the men’s lives.”