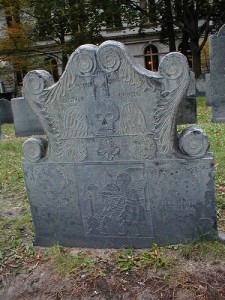 A newly released report from the Beth Israel Deaconess Medical Center found that a bereaved person’s risk of suffering a heart attack is 21 times more likely within the first 24 hours after the death of a loved one and remains elevated for at least one month.

Researchers interviewed nearly 2,000 patients who had suffered heart attacks over a five-year period, asking them about certain life events that could have triggered the attack, such as the death of someone close to them in the past year.

The study revealed that “the risk of heart attack remained eight times above normal during the first week after the death of a loved one, slowly declining, but remaining elevated for at least a month.”

Providing appropriate psychological interventions for someone who is grieving is important. Mostofsky says, “We do think it’s plausible that social support during that increased time of vulnerability would help mitigate the risk of heart attack.”

Said senior author Murray Mittleman, “Some people would say a ‘broken heart’ related to the grief response is what leads to these physiologic changes, so that emotional sense of the broken heart may actually lead to damage leading to a heart attack and a physical broken heart of a sort.”

“Physicians, patients and families should be aware of this risk and make sure that someone experiencing grief is getting their physical and medical needs met, and if an individual develops symptoms that we’re concerned might reflect the beginnings of heart attack, we really need to take it very seriously and make sure that that patient gets appropriate evaluation and care.”

A previously released study found that parents who lose a child within the first 12 months of life are twice as likely to die or be widowed in the 15 years following the death.