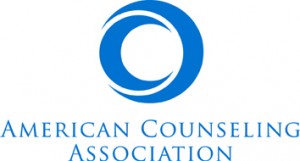 The Sixth Circuit Court of Appeals issued its ruling in Ward v. Wilbanks on Friday, January 27, sending the case back to district court for a jury trial.

The case has been closely followed by the counseling profession as it revolves around non-discrimination toward clients. Julea Ward, a former counseling student at Eastern Michigan University (EMU), refused to counsel a gay practicum client. After remediation efforts failed, Ms. Ward was dismissed from the counseling program. She then sued the EMU counseling program faculty and the university claiming that her first amendment right to practice her religion were being infringed upon.

The case was originally decided in July with district court Judge George Steeh ruling in favor of EMU. ACA provided expert testimony in the case, and the ACA report was quoted by Judge Steeh in his summary judgment. Ms. Ward filed an appeal in the sixth circuit court. ACA filed an amicus brief supporting the original ruling and the denial of the motion to appeal. The complete 23 page ACA amicus brief is available here.

In issuing its ruling, the circuit court stated that its decision did not constitute a statement that Ms. Ward should prevail, but rather that the case merited a jury trial rather than a summary judgment. The complete circuit court ruling is available here.