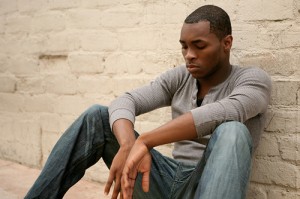 A recently published study by the American Psychological Association revealed that young adult blacks with higher levels of education are significantly less likely to seek mental health services than whites of the same stature, citing stigma, lack of knowledge, trust and cultural understanding as key barriers.

“Past research has indicated people with higher education levels are more likely to seek out and receive mental health services. While that may be true for whites, it appears the opposite is true for young adult blacks,” said study author Clifford L. Broman.

The results also found that, while whites who have used mental health services were more likely to receive additional services, they found the opposite results in the black community. The study notes that prior research suggests that blacks receive a lower quality of care when using mental health services and they report unpleasant experiences and unfavorable attitudes after receiving care.

“Practitioners need to address the concerns of black clients in a culturally sensitive and appropriate manner, and during exit interviews, they should ask what is appropriate and what didn’t work,” Broman said.