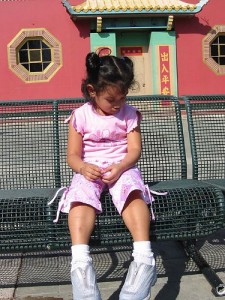 A Swedish study found that children who experience or witness physical abuse are more likely to experience psychosomatic symptoms.

The study, which consisted of 2,510 children (ages 10, 12 and 15) from 44 schools, found a strong link between “reported physical abuse and three or more psychosomatic symptoms,” especially among children who had also witnessed intimate partner violence (IPV).

“The children were asked if they had experienced any of the following symptoms at least twice in the last month: stomach ache, headache, sleeplessness, dizziness, back pain and loss of appetite” said co-author Staffan Janson. “They were also asked about 13 common chronic conditions, bullying and school performance, to eliminate any other factors that could cause the symptoms, and about whether they had been physically abused and witnessed IPV at home.”

Some of the study’s key findings include:

“Our study demonstrates a clear association between high levels of psychosomatic symptoms and an increased risk of physical abuse” said Janson. “The association was even stronger in abused children who also witnessed intimate partner violence at home. The findings suggest that healthcare professionals should consider the possibility of physical abuse if a child presents with three or more regular psychosomatic symptoms a month. However, it is also important that they rule out any confounding factors, such as chronic illness, bullying and school performance when assessing the child.”