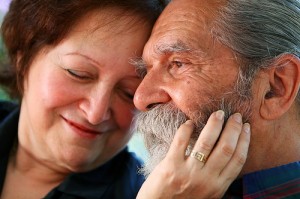 Studies have confirmed that wisdom really does come with age, and now University of Luxembourg researchers say that it also comes with more happiness too.

The study found that when older adults are in good health, they report less negative thinking compared with other, younger age groups, which leads to greater life satisfaction.

The study consisted of 300 participants between the ages of 15 and 87 who were asked to rate their negative thoughts, depression and personal well-being. The researchers found that brooding negatively impacts life satisfaction, and participants who were 63 and older reported less brooding than younger participants.