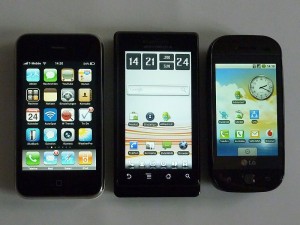 Where the counseling profession will go in the future is anyone’s guess, but scientists and counselors alike agree that technology will play an important role. And as The New York Times reports, some are even hoping that there will soon be apps on smartphones that will make psychological help available to a person whenever, wherever.

“We are built as human beings to figure out our place in the world, to construct a narrative in the context of a relationship that gives meaning to our lives,” Andrew J. Gerber, a psychiatrist at Columbia University, told The Times. “I would be wary of treatments that don’t allow for that.

Despite skepticisms, The Times notes some of the positives of a potential app would be that it could reach people “who lack the means or interest to engage in traditional therapy and need more than the pop mysticism, soothing thoughts or confidence boosters now in use,” as well as those who face crippling social anxieties and are unable to leave the house.

“That is what makes the idea so promising,” said Richard McNally, a psychologist at Harvard. “But there are big questions about how it could work and how robust the effect really is.”

Read what some of ACA’s leaders believe the future holds for the counseling profession.