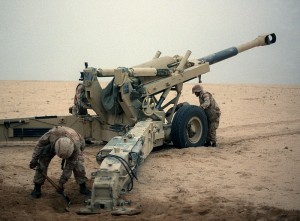 A federal court reached an agreement Monday in the case of Persian Gulf War veteran Sean Duvall, deciding Duvall could avoid prosecution after being charged with fabricating a homemade gun after calling a suicide hotline last year as long as he completes court-mandated counseling sessions.

As The Washington Post reports, last June, the Navy veteran called a Department of Veterans Affairs suicide crisis hotline while on the Virginia Tech campus and admitted to being armed with a gun. He was then charged with four counts related to the manufacturing of a weapon, which angered veterans groups who argued that the government should not prosecute people who are seeking help.

If Duvall successfully completes counseling, which will be overseen by a new Veterans Treatment Court, the charges — which could mean a prison sentence of up to 40 years — will be dropped.

After his sentencing, The Post reports, Duvall said he was “confused as to why they came after me,” as he believed the VA’s hotline was anonymous, just as it had been advertised.

Duvall also expressed worry for “the veterans that are coming back [from Iraq and Afghanistan]. I know it’s going to be rough for them.”