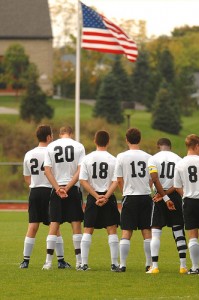 New research from the Economic and Social Research Council reveals that teenagers who indulge in unhealthy lifestyles are less happy than teens who maintain healthy lifestyles. For the study, the researchers looked at responses from 5,000 adolescents between the ages of 10 and 15 who answered questions about their health-related behaviors and levels of happiness.

The researchers also found that the “catalyst age” when adolescents stop healthy practices and start getting involved with risky, unhealthy behaviors is usually between 12 and 13.

The researchers found that unhealthy behaviors such as smoking, alcohol use and not exercising “are closely linked to substantially lower happiness scores among teenagers, even when socio-demographic factors such as gender, age, family income and parent’s education are taken into account.”

The research also showed that between the ages of 13 and 15, when young people are given more control over their lifestyle choices, their food consumption becomes less healthy and their participation in exercise decreases. Only 11 percent of 13- to 15-year-olds reported eating five or more fruits and vegetables each day.

“What this research shows us is that young people across the social spectrum are failing to eat healthy balanced diets and are starting to consume alcohol at a young age. This is storing up problems for later life, because we know that there are clear long-term links between health-related behaviors and well-being in adulthood,” said co-author Cara Booker. “Helping young people to reduce damaging health choices as they start making independent decisions are important in order to reduce the number of adults at risk from chronic disease because of their low well-being and poor health-related behaviors.”