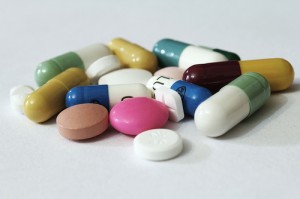 Researchers from McMaster University are suggesting that the negative physical side effects from commonly prescribed antidepressants outweigh any good the medications do for patients.

“We need to be much more cautious about the widespread use of these drugs,” said lead author Paul Andrews. “It’s important because millions of people are prescribed antidepressants each year, and the conventional wisdom about these drugs is that they’re safe and effective.”

The study examined previous studies on the effects of antidepressants and determined that the benefits of most antidepressants, even taken at their best (should we say even taken exactly as prescribed? Taken at their best is a little unclear), are outweighed by the risks, which researchers say include negative health effects on all processes normally regulated by serotonin:

“Antidepressants are designed to relieve the symptoms of depression by increasing the levels of serotonin in the brain, where it regulates mood. The vast majority of serotonin that the body produces, though, is used for other purposes, including digestion, forming blood clots at wound sites, reproduction and development.”

Explained Andrews, “Serotonin is an ancient chemical. It’s intimately regulating many different processes, and when you interfere with these things, you can expect, from an evolutionary perspective, that it’s going to cause some harm.”

Their findings included elevated risks of the following:

“The thing that’s been missing in the debates about antidepressants is an overall assessment of all these negative effects relative to their potential beneficial effects,” Andrews said. “Most of this evidence has been out there for years and nobody has been looking at this basic issue. … It could change the way we think about such major pharmaceutical drugs. You’ve got a minimal benefit, a laundry list of negative effects — some small, some rare and some not so rare. The issue is: Does the list of negative effects outweigh the minimal benefit?”