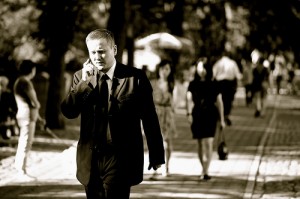 Researchers from Norway and the United Kingdom have created a new tool to measure workaholism. According to researcher Cecilie Schou Andreassen, in the wake of globalization, new technology and blurred boundaries between work and private life, the world is witnessing an increase in workaholism.

“A number of studies show that work addiction has been associated with insomnia, health problems, burnout and stress, as well as creating conflict between work and family life,” Andreassen said in a statement. “By testing themselves with the scale, people can find out their degree of work addiction: non-addicted, mildly addicted or workaholic.”

The study for the tool, called the Bergen Work Addiction Scale, consisted of 12,135 Norwegian employees from 25 different industries. The scale, which was administrated to two cross-occupational samples, reflects “the seven core elements of addiction: salience, mood modification, tolerance, withdrawal, conflict, relapse and problems.”

The results of the study revealed that the scale can accurately differentiate between workaholics and non-workaholics:

If you answer “often” or “always” on at least four of the seven items, according to the study, it could suggest you are a workaholic.

Read the April 2012 Counseling Today cover story, “Bringing work home,” which discusses how work can affect the lives of clients.