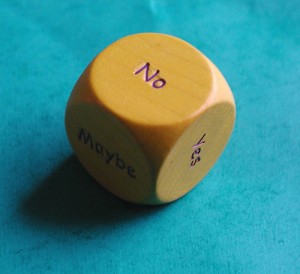 Whether it’s marriage, divorce, having children or changing career paths, a Queens University study suggests that major life decisions are subconsciously affected by how long a person believes he or she is going to live.

The study, which was published online by the Archives of Sexual Behaviour, used population data from Statistics Canada, as well as a branch of evolutionary theory called life history theory, which “predicts life expectancy to influence major life decisions in humans, as it does in the lives of other animals.”

“The longer someone expects to live, the more time they will invest in education. If life expectancy is short, someone may decide to get married and have children sooner, or stick with the partner they are currently with rather than seek a divorce.”

Says researcher Daniel Krupp of the study, “Life expectancy might be driving all of these major decisions.”