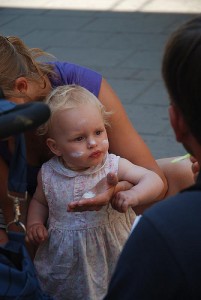 Although many people struggle to grapple with the subject of mortality, University of Missouri researchers contend that when people are aware of and contemplate death, positive behaviors can emerge.

After reviewing dozens of studies, the researchers found that an awareness of mortality can lead to “decreased militaristic attitudes, better health decisions, increased altruism and helpfulness, and reduced divorce rates.”

“According to terror management theory, people deal with their awareness of mortality by upholding cultural beliefs and seeking to become part of something larger and more enduring than themselves, such as nations or religions,” said study co-author Jamie Arndt. “Depending on how that manifests itself, positive outcomes can be the result.”

“Both the news media and researchers tended to focus on the negative reaction to these acts of terrorism, such as violence and discrimination against Muslims, but studies also found that people expressed higher degrees of gratitude, hope, kindness and leadership after 9/11.” Vail said. “In another example, after the Oklahoma City bombing, divorce rates went down in surrounding counties. After some stimuli escalates one’s awareness of death, the positive reaction is to try to reaffirm that the world has positive aspects as well.”

The studies also found that an awareness of mortality can cause people to make changes in their personal lives, from exercising more to quitting smoking and using more sunscreen.

“Once we started developing this study we were surprised how much research showed positive outcomes from awareness of mortality,” said Arndt.