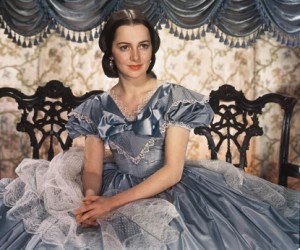 “This Southern Belle might have something scary inside,” my supervisor once said. It seemed my delicate, feminine appearance was working against my getting a coveted spot at the human rights organization where she worked, but that spark of something to be reckoned with shown through. In the months since, my time performing psychotherapy with survivors of intimate partner violence has confirmed my belief that challenging the status quo as it relates to our behavior is a key ingredient to a healthy life.

Perhaps nowhere is our conformity to the status quo more evident than in our adherence to gender roles or the behaviors society deems appropriate for men and women. And gender roles can be pretty dang pronounced in the South. However, traditional gender roles just plain don’t apply to everybody. Knowing folks whose internal gender identity doesn’t match their assigned gender and knowing folks who don’t identify as straight teaches you that. One prescription does not fit all.

Daddy always said, “People are complex.” Our experiences don’t fit into tidy packages. But that doesn’t stop us from trying.

Being a Southern belle once seemed a recipe for success. I remember standing in a friend’s kitchen musing, “I want to marry either the president or a doctor.” My friend, who I lovingly refer to as my surrogate mother, responded without hesitation, “Why can’t you be the president or a doctor?” Her next birthday present to me was Our Bodies, Ourselves.

A few months later, my mom and I opened the acceptance letter to the best school I had applied to, which also happened to offer the largest scholarship, Smith College. She waived it in the air like a victory flag, shouting, “I’ve got an Ivy Leaguer!” But I wasn’t so sure. How would I keep up in one of the most prestigious schools in the country — in New England, no less?

I may as well have been from another planet rather than from the other side of the Mason Dixon line — not to mention the proverbial “side of the tracks” that I was from. My roommate from Connecticut remarked, “You tricked me, breezing in here in your linens like Scarlett O’Hara!” As if anyone’s as simple as a stereotype. A guy at a party actually asked me, “Did your parents have shoes?”

I didn’t know what to make of the tourist-like behavior when they came to visit. One friend photographed my family’s use of duct tape in car repairs. Another uttered, “You live in a storybook,” at my dad’s singing and playing guitar in my rambling childhood home. And still another friend — from New York City, bless her heart — asked to be photographed reclining in the road out front of my mom’s house, in utter disbelief at the lack of traffic.

Suffice to say Smith was a whole new and at times rocky experience for this Georgia girl. I found my place in the art department, as a psychology turned photography student, where I sought to document the infinite ways we expressed our gender identity on campus. I spent countless hours in the darkroom, rocking the trays of chemicals and watching the black-and-white images — mostly of my friends — burn in. Rocking babies, as a preschool teacher in my hometown after college, was a different story.

The archetypal feminine role of caretaker, as embodied in the modern-day child care professional, wasn’t all it was cracked up to be. My solace was when my colleagues and I, mainly women, would exchange stories of our lives. We discussed the realities facing us of living paycheck-to-paycheck, being in unsatisfying and sometimes downright dangerous relationships, and making the best of what we had.

“Marriage is not 50-50,” one colleague advised. “You’ll make a good wife if you know that.” The longer my guy and I stayed together, such bleak advice was peppered with variations of the question, “Where’s the rock?” Becoming a wife sure didn’t seem like the answer. The longer I stayed in the schoolyard, the clearer it became clear that it wasn’t.

I never thought I’d study transpersonal counseling psychology at Buddhist-inspired Naropa University at the foot of the Rocky Mountains, but a few years later, that’s just what I did. Transpersonal literally means “beyond the personal,” and transpersonal counselors work with clients holistically: body, mind and spirit. Our training included working on ourselves, with practices such as meditation (which came just about as naturally as being a Northerner), and now I wouldn’t think of recommending a counselor who hasn’t. But something was still missing.

The social justice perspective of my counseling internship at Safehouse Progressive Alliance for Nonviolence provided the much-needed ground for this holistic approach to take root. Working with survivors of intimate partner violence taught me to live more courageously, in alignment with my values. This more authentic way of being had the added benefit of being fun. I found my style as a therapist.

As a women’s empowerment specialist, I suggest that, despite the many subtle and not so subtle messages we receive to the contrary, we are good enough. We’re responding normally to living in a society where women suffer from depression twice as often as men, experience violence far more often than men — and most often by men closest to us — and still make significantly less than men do for doing the same job, all the while our appearance is under scrutiny.

Gender roles, like all traditions, are an important part of who we are, but they’re not all created equally. Traditional gender roles don’t allow for the full expression of who we are, which negatively affects our happiness. The more feminine we are, the lower our self-esteem tends to be because we experience more stressful life events, well … more stressfully, than more masculine or androgynous identified folks.

Take divorce, a new American tradition, to say nothing of the millions of Americans who cannot legally marry their partners. Seeing as how the “fairer sex” is “supposed” to be more relationship oriented, it makes sense that we would experience “failed” relationships less favorably than men. In divorce, like so many instances in life, we are predisposed to blame ourselves.

Seductive as stereotypes can be, they’re just not healthy. They’re also not going anywhere anytime soon. But we don’t have to take them so seriously. We can stretch them to fit our experience and shed what no longer fits. In a day and age when most people change careers and spouses a handful of times over the life span, our well-being depends on it.

Whatever your calling in life, get cooking— regardless of your gender! Anything else is a recipe for unhappiness.

Anna Belle Wood is a writer and counselor from Athens, Ga., specializing in women’s and gender issues. She looks forward to returning to her hometown to live and work later this summer. Email her at abellewood@gmail.com.