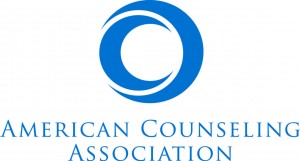 As the deadline to comment on proposed changes to the upcoming fifth edition of the Diagnostic and Statistical Manual of Mental Disorders (DSM-5) draws near, the American Counseling Association and its DSM-5 Proposed Revision Task Force are asking members to share their comments and concerns with the American Psychiatric Association.

Rebecca Daniel-Burke, ACA staff liaison to the ACA DSM-5 Task Force, says it is important for members to read the proposed revisions and respond with an official comment by the June 15 deadline because many of these proposed changes could have an impact on the counseling profession.

“There are many DSM-5 proposed revisions,” she says, “including meaningful diagnostic changes to Asperger’s and other autism spectrum disorders, new addiction diagnoses and nonsuicidal self-injury, to just name a few.”

Daniel-Burke and the rest of the ACA DSM Task Force are asking that ACA members take the opportunity to visit the DSM-5 website (dsm5.org), read all of the proposed revisions and leave an official comment.

Additionally, ACA is crafting an official response letter to the proposed changes, and the task force is asking that members weigh in. Email DSM-5Comments@counseling.org by June 1 with comments and feedback, which will be collected and collated. Many comments will be included in the official ACA letter to the American Psychiatric Association.