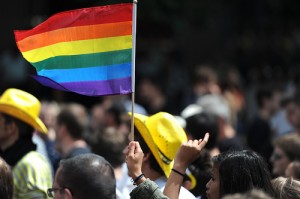 Dr. Robert L. Spitzer, a well-known psychiatrist who became notorious for his 2003 study supporting the use of reparative therapy as a means for “curing” homosexuality, is now recanting his findings.

According to an interview with The New York Times, Spitzer, who is now retired, says he owes the gay community an apology for what his study claimed.

The study involved interviews with 200 individuals who were undergoing reparative therapy and reported some sort of a change. Reparative therapy, also known as conversion therapy, is rooted in Sigmund Freud’s theory that people are born bisexual and can migrate to either side of the sexuality spectrum.

At the time, leaders from the gay community as well as some of Spitzer’s colleagues tried to stop him from publishing the study because they believed it had serious flaws in it, reports The New York Times:

“It was based on what people remembered feeling years before — an often fuzzy record. It included some ex-gay advocates, who were politically active. And it did not test any particular therapy; only half of the participants engaged with a therapist at all, while the others worked with pastoral counselors, or in independent Bible study.”

Additionally, the study did not go through the usual peer-review process that occurs before publication.