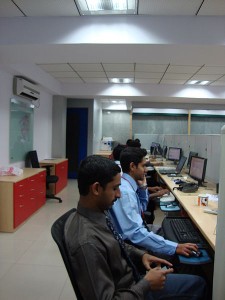 When someone hides his or her true identity in the workplace, whether it’s race or ethnicity, gender, age, religion, sexual orientation or a disability, it can lead to decreased job satisfaction as well as high job turnover, according to a new study from researchers at Rice University, the University of Houston and George Mason University.

“The workplace is becoming a much more diverse place, but there are still some individuals who have difficulty embracing what makes them different, especially while on the job,” said co-author Michelle Hebl. “Previous research suggests that employees who perceive discrimination or are afraid of receiving discrimination are more likely to fall into this category of individuals who feel the need to suppress or conceal their identity.”

Researchers conducted an online survey of 211 working adults and examined their behavior by measuring factors such as identity, perceived discrimination, job satisfaction and turnover intentions:

“The study … showed that suppressing one’s true identity might result in exposure to co-workers’ discriminatory behavior, as people are less likely to care about appearing prejudiced when they are not in the presence of an ‘out’ group member. On the contrary, the research finds that expression of one’s true identity in a workplace can have positive impact on their interpersonal relationships.”

According to co-author Eden King, “This research highlights the fact that people make decisions every day about whether it is safe to be themselves at work and that there are real consequences of these decisions.”

Adds lead study author Juan Madera, “When individuals embrace their social identity in the workplace, other coworkers might be more sensitive to their behavior and treatment of individuals like them. And quite often, what’s good for the worker is good for the workplace. The employees feel accepted and have better experiences with coworkers, which creates a positive working environment that may lead to decreased turnover and greater profits.”