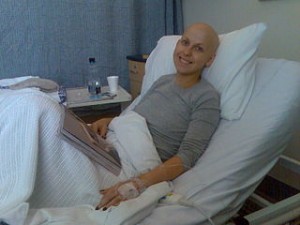 Cancer patients who choose to partake in mindfulness-based therapy may see a reduction in their anxiety and depression symptoms, according to a new study by a Danish interdisciplinary research team.

Mindfulness-based psychological therapy is rooted in Buddhist meditation techniques and includes techniques such as mindfulness-based stress reduction (MBSR) and mindfulness-based cognitive therapy (MBCT). Mindfulness training and exercises teach cancer patients “to be more conscious of life as it happens instead of worrying about the past and the future,” including thoughts about their past behavior, which may have contributed to their disease, or fear of what will happen in future, including fear of death.

The study involved a meta-analysis of 22 studies of mindfulness-based therapy involving more than 1,400 cancer patients. The findings showed that mindfulness therapy has a documented effect as both an effective and inexpensive therapy method for cancer patients suffering from anxiety and depression symptoms. This effect was reported immediately after therapy and was maintained for at least six months.