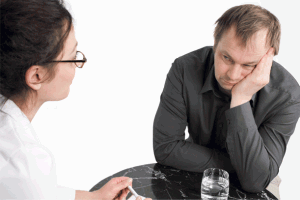 Delivering bad news to clients is one of the most difficult tasks that any counselor faces, says Kathleen Keefe-Cooperman, a professor of counseling at Long Island University. Unfortunately, she knows the truth of that statement personally.

Keefe-Cooperman clearly recalls the time she had to tell a set of parents that one of their children had autism. As if that news wasn’t difficult enough to deliver on its own, cultural factors complicated matters further. Keefe-Cooperman was consulting with a local agency that was evaluating the child, and the child’s family was Rwandan. As part of their culture, the family viewed a diagnosis such as autism as a factor that could negatively affect the ability of their other children to get married. Keefe-Cooperman was aware of this, and for that reason, she wanted to ensure she delivered the news in such a way that the child would receive the care he needed and the parents wouldn’t shy away from the diagnosis because of the cultural implications.

To break the news, Keefe-Cooperman relied on the PEWTER model — a model she had created herself to assist counselors in delivering upsetting information to clients. PEWTER stands for prepare, evaluate, warn, tell, emotional response and regroup. The step-by-step approach helps counselors convey bad news in the best possible way, with the aim of taking into consideration the client’s situation, reaction and next steps.

Keefe-Cooperman and her colleagues followed each step of the model, gathering what the child’s parents already knew, presenting the news in a straightforward way and even offering the analogy of a broken arm to show the parents that getting treatment for their son was the best thing to do. “The parents were reminded that a broken arm could be treated by not going to the hospital and hoping for the best, but it would not be the best way,” says Keefe-Cooperman, a member of the American Counseling Association. “The same was true for autism. Using proven treatments would allow for the best future possible. The parents were receptive to this approach. … In reality, if it had gone another way, they might have refused all services.”

The idea for the PEWTER model came to Keefe-Cooperman during her doctoral counseling program when she spent time working with the Bayer Institute, which was funded by Bayer HealthCare Pharmaceuticals. In her job, Keefe-Cooperman was part of a team tasked with improving patient-physician communication in the area of oncology. The work sparked her thinking concerning something she thought the counseling field sorely needed — a model to help counselors deliver bad news to clients.

“All my work in that area made me think about how counselors are just thought to instinctually be able to communicate difficult news,” Keefe-Cooperman says. “I researched the models that were available for the medical field. Then I began developing a model that would be aimed at counselors. The medical profession is more of a ‘find it, fix it’ area. Counseling is far more involved and needed a more in-depth approach. Oftentimes, we will have an ongoing counseling relationship with the counselee that begins at the ‘difficult news’ phase.”

The populations a counselor works with will vary, as will the severity and types of news a counselor sometimes must convey, Keefe-Cooperman says. “But all counselors at some point will be giving difficult news to somebody,” she says.

For instance, Keefe-Cooperman says, a school counselor might be tasked with telling parents that their child is bullying other students. Or a counselor serving as part of a team at a clinic might have to tell a client that he or she has HIV. A marriage and family counselor might need to help one partner tell the other partner that he or she has been unfaithful. Even counselor educators face circumstances in which they have to break bad news, such as when a student is failing a class, Keefe-Cooperman says.

Peggy Brady-Amoon, an assistant professor at Seton Hall University who has been collaborating with Keefe-Cooperman on her model, points out that many counselors work in disaster mental health counseling, another arena in which bad news often needs to be conveyed or confirmed. From a career and personality perspective, people who go into the counseling profession most often want to build relationships, Brady-Amoon says, and having to give bad news can be perceived as potentially damaging to the relationship. “Yet it’s a necessary part of many [counseling] positions,” she says.

The idea behind the PEWTER model, says Brady-Amoon, also a member of ACA, is that the way a counselor communicates bad news has the potential of helping the client receive the news and continue to grow. If the news is delivered in the best possible way, the counseling relationship can be maintained and even enhanced, she says. “The PEWTER model attends to the delivery and reception of bad news in a way that promotes mutual respect and facilitates client acceptance and healing, all of which contributes to a positive counseling relationship.”

The prepare step also involves the counselor preparing himself or herself emotionally “so we’re clear to deliver [the news] but can also be ready to receive the response,” Brady-Amoon says. A counselor should also take into account the client’s culture, age and other considerations when determining how best to communicate the news, Brady-Amoon says. If the news involves sensitive information, the counselor might choose a private location where there is little risk of being interrupted, she says.

The next step, “evaluate,” involves the counselor attempting to find out whether the client already suspects something. For example, if parents need to be informed that their child has been bullying other children, the counselor might ask what the parents have been noticing related to their child. “That’s when you find out, ‘I know my child hasn’t been invited out as much,’” Keefe-Cooperman says. “A lot of times, people have definite ideas without knowing all the jargon or using the correct term.” Determining how much clients already suspect is important so the counselor can tailor the information, she says.

The next step is “warn.” This is when the counselor might tell the client or group, “I have some really bad news” or “I have some difficult things to go over now.” This gives clients a few seconds to mentally prepare, Keefe-Cooperman says.

Next is “tell,” the stage at which the counselor aims to communicate the news as clearly as possible without using jargon. “We all know the clinical terms for stuff [as counselors],” Keefe-Cooperman says, “but you’re trying … to use language that the people you’re giving the bad news to also use. You’re avoiding using the phrase, ‘The DSM-IV says …’”

Keefe-Cooperman says it’s important for counselors to be aware that their own stress levels are peaking as they lead up to delivering the bad news. Once they break the news, their stress levels drop. “We start to relax without realizing that the people who we’re giving the news to are now getting extremely stressed,” Keefe-Cooperman says. “[Taking note of that] allows the counselor to be more aware of what’s going on.”

The fifth step of the model is “emotional response,” the point at which the counselor looks at the client or clients who have just received the news to see how they are doing. Keefe-Cooperman suggests that counselors assess whether the counseling session needs to stop for the day, whether clients might like to involve any other people in moving forward or whether they simply need a tissue and a moment to catch their breath. “This is where the counselor looks at [the clients] and says, ‘How did they take it and what should I do?’” Keefe-Cooperman says.

The final stage is “regroup,” which is when the counselor and the client collaborate to determine what the next step should be. The counselor might offer a referral, community support, continuing counseling support or something else. “It’s really helping the person start the journey of what this difficult news will bring them,” Keefe-Cooperman says.

Keefe-Cooperman and Brady-Amoon say they see a real need for a model such as PEWTER because the topic of breaking bad news isn’t normally taught in counselor education programs, even though the experience is a universal one for counselors. “Counselors are just expected to know [how to do] this,” Keefe-Cooperman says. “To learn this in a graduate program would help prepare counselors to be better professionals.”

To that end, Keefe-Cooperman teaches the model to students in her Introduction to Counseling Skills courses. Many of the students acknowledge never having previously considered how hard it would be to relay bad news to clients. Keefe-Cooperman has each student role-play with another student to share bad news. The feedback she has received is that students are grateful to have a step-by-step plan to guide them through what can be a difficult and emotional task.

But the model isn’t aimed exclusively at counseling students and new professionals. Brady-Amoon suggests that seasoned counselors try it out as well, especially if their current intuitive way of breaking bad news doesn’t feel particularly effective. The model can also assist counselors who provide supervision by offering them a way to put words to what they’ve been doing instinctively all along, she says.

When the pair presented the model at the ACA Annual Conference in San Francisco earlier this year, many counselors told them they had previously learned to deliver bad news on their feet, without much guidance. “From talking with colleagues, they say they just sort of wing it,” Brady-Amoon reports. “They do it on [the basis of] intuition. They steel themselves, get themselves ready and say what they have to say.” Adds Keefe-Cooperman, “Usually they say, ‘Oh, good. It’s good to see I was doing it right, but it would have been nice to know about this before.’”

The PEWTER model is one that any counselor can learn and try right away, Keefe-Cooperman says. “The steps are clear-cut and really put a pattern and structure to what we learn in terms of counseling techniques. The model takes the skills a good counselor has and provides a means of using them in a systematic manner.” Keefe-Cooperman adds one caveat though: Every situation is different, and counselors must take into account the nuances of the particular case and client they’re dealing with.

Keefe-Cooperman believes using the model offers some potential protection against counselor stress and burnout. “Part of what leads to increased stress and burnout is having a feeling of hopelessness, in this case related to the giving of difficult news,” she says. “However, knowing that you used a best-practice approach to help the person start what might be a difficult journey can help the counselor feel a sense of fulfillment that they did the job in the best manner possible.”

Although delivering bad news will never be easy, Keefe-Cooperman thinks the PEWTER model can ease the process for counselors. “Knowing that you will be leaving a situation where someone will probably be crying and very sad is always difficult,” she says. “However, practicing this model and knowing that the person has been prepared in the best manner possible for what awaits them helps a great deal. You do get better at it with practice because you anticipate possible reactions and have the next step thoroughly prepared in your head to help the person.”

Lynne Shallcross is a senior writer for Counseling Today. Contact her at lshallcross@counseling.org.