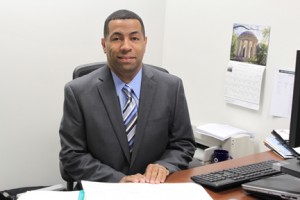 Will Stroble is the American Counseling Association’s newest employee and the first director of ACA’s new Center for Counseling Practice, Policy and Research. The Center’s goal is to produce products and research that will increase public awareness of the counseling field, as well as materials that will result in more professionals being able to practice. He is looking forward to using his decades of experience in the counseling and passion for the profession to advocate for and empower counselors nationwide.

Where did you work before coming to ACA?
Prior to joining ACA, I worked for the Department of Defense Education Activity (DoDEA) in Arlington, Va., as a school counselor. I worked with high school students in a virtual environment around the world, including Europe and countries in the Pacific such as Japan, Korea and Australia.

As a counselor, why did you want to work for ACA? What did you think of the organization?
I have always enjoyed working with people who reach out to help others. That’s what we, as counselors, do on a day-to-day basis. When I made the decision to join the ACA staff, I believed that I was making a wise decision because, through my work at ACA, I will be able to effect systemic, positive changes for all people and make changes on a broader scale that will empower people, thereby making this world a better place for everyone, regardless of the barriers and challenges that people face in their daily lives.

What does your position entail?
My position entails developing from the ground up the infrastructure for archiving, disseminating and promoting exemplary counseling practice information and resources for professional counselors, counselor educators, supervisors, students, legislators, the media and other consumers of applied counseling knowledge. My position also allows me to advocate for optimum counselor work and training conditions. My vision for the Center is that it will be seen as both the premier place to obtain information and resources that focus on cutting-edge counseling practices and will serve as the focus of the counseling profession’s advocacy efforts for high-quality workforce conditions.

What future goals do you have regarding your position?
I have many future goals, such as networking with other well-known colleagues in the counseling profession and leading the efforts on behalf of counselors to gather information and data on best practices in the profession, working with public policy staff to advocate for my colleagues and securing grants and funding for cutting-edge research in the counseling profession.

Other thoughts?
I am humbled and honored to have joined the staff at ACA as a counseling leader in the profession. After 33-plus years in the profession, having worked at the local, state, federal and now national levels, I am excited about this challenge and look forward, with great anticipation, to working alongside my professional counseling colleagues in the field. As we collaboratively and collectively work to make this world a better place for all people through our practice, I pledge humbly to accept the charge for the challenges, expectations and confidence that have been placed before — and in — me by ACA’s outstanding and most impressive leadership team, and all ACA members and constituents who have bestowed this sacred trust in me. 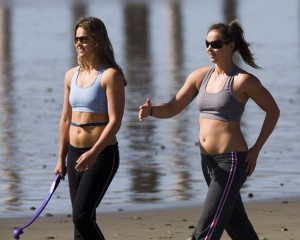 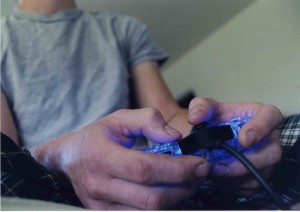 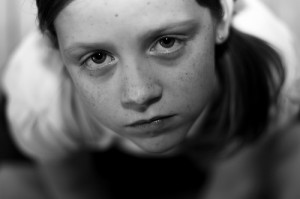 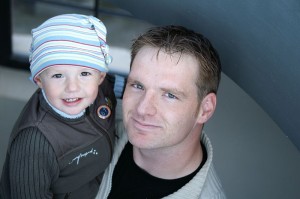 The American Counseling Association has extended its support to an initiative that, if passed by Congress, would amend the benefits of the Family and Medical Leave Act (FMLA) to include bereavement and allow employees who have experienced the death of a child to take time off for the healing process.

The Farley-Kluger Initiative is the brainchild of Kelly Farley, author and founder of the Grieving Dads Project, and Barry Kluger, author and CEO of the MISS Foundation, a nonprofit organization providing immediate and long-term support to families after the death of a child.

“I was looking on the Internet for other parents who had written books about grief,” says Kluger, “and [Farley] was running his Grieving Dads blog. We spoke on the phone, and as we discussed our common interests, the subject of taking time off for grieving parents came up and the initiative came from there.”

“Grief has no half-life,” says Kluger. “The Family and Medical Leave Act of 1993 provides up to 12 weeks’ unpaid leave if you have a child, adopt a child, care for a sick family member, or you yourself are ill or an injured service member. Yet, if you lose a child, most companies give two to three days of bereavement leave.”

Because current FMLA guidelines provide 12 weeks of unpaid leave, the men believe that leaving the current statute as is would be the easiest way to modify the bill. However, Kluger says, they are open to a lesser six-week period if suggested.

In January 2011, Farley and Kluger decided to turn their efforts into an online petition and invite others from across the country to support the cause. Currently, 40,463 people have signed the petition, which then sends emails to lawmakers on Capitol Hill.

The petition garnered more traction in August 2011 when Sen. Jon Tester (D-Mont.) decided to support Kluger and Farley’s cause. He introduced the Parental Bereavement Act of 2011, which is currently sitting in the Senate Committee on Health, Education, Labor and Pensions with five co-sponsors. Kluger and Farley have met with more than 50 members of Congress to get a similar bill introduced in the House of Representatives. They hope to see this happen in 2013.

While they wait for Congress, Farley and Kluger have scheduled a rally on the steps of the U.S. Capitol for Feb. 5, the 20th anniversary of the passing of FMLA.

In addition to ACA, the Farley-Kluger Initiative has received support from the National Association of Social Workers, Parents of Murdered Children, The MISS Foundation, The JED Foundation, BlueStar Families and Gold Star Support Network, among others.

Grief is not only hard on parents and families, says Kluger, it is also costly. According to the Grief Recovery Institute, bereavement costs U.S. businesses more than $75 billion annually due to lost productivity.

Kluger describes grappling with the death of his daughter, who died in a car accident in April 2001, while also trying to keep up the pace at his job in an editorial he wrote for USA Today:

“Although the workplace provided me the distraction I needed, a foundation, I would sink into the blackest of depressions in a matter of seconds, without warning. It was then that I’d head for the door and go home.”

“We just want the healing process to begin and to be a suitable amount of time to adjust to the new ‘normal,’” Kluger says.

Additionally, he says, “We think the definition of child should be up to age 26 to include causes such as military deaths, victims of violent crime [and] suicides, which statistics show are greater in the over-18 [age] group, keeping it in line with the Affordable Care Act, which covers children in insurance up to 26 years old.”

Kluger and Farley know from experience the importance of taking time to grieve properly before attempting to re-enter “normal life.”

As a man, Farley adds, it can be especially difficult to come to terms with these feelings. “One of the things I noticed after I lost my children is the difficulty I had as a dad [and as a] guy to actually go to a counselor,” says Farley. “I felt it was a sign of weakness that I couldn’t do this on my own.  I learned the hard way that it’s OK to ask for help.”

After going through the experience of losing his two children, Farley is now in the process of obtaining his master’s in counseling from Northern Illinois University.

He says grieving parents can often experience trauma as a result of losing their child. “I interviewed hundreds of grieving dads for my book,” Farley says, “and the one thing most of them mentioned were symptoms of PTSD (posttraumatic stress disorder). Many parents were with their child [when they died] or received the news in ways that impacted them. Many deal with [symptoms such as] nightmares, flashbacks, anxiety attacks [and] suicidal thoughts that are not often present in other losses. Having the 12 weeks to start the process of healing and comprehending what they have gone through is crucial to recovery. Not everyone will need it up front, but they may as a few months go by and the reality of what they went through has hit them.”

The American Counseling Association is proud to lend its backing to this initiative because it keeps with its long-standing mission of supporting counselor and client needs.

“ACA and its members have long been advocates for sensible policies impacting families, parents, children, adolescents and others,” says ACA Executive Director and CEO Richard Yep. “Those families impacted by the horrific loss of a child need time to deal with their grief and how best to move forward. The work of the Farley-Kluger initiative is clearly supportive of that need. ACA is proud to be a partner in this coalition of helping professionals and consumers.”